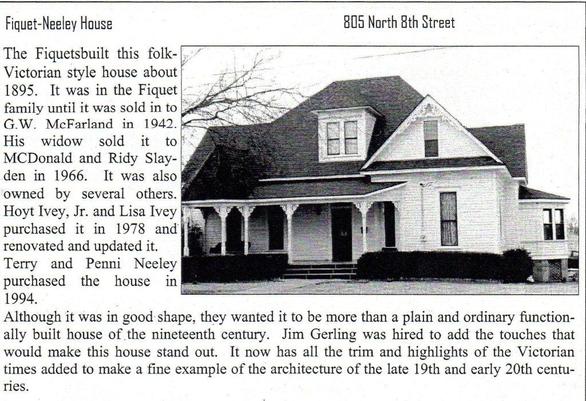 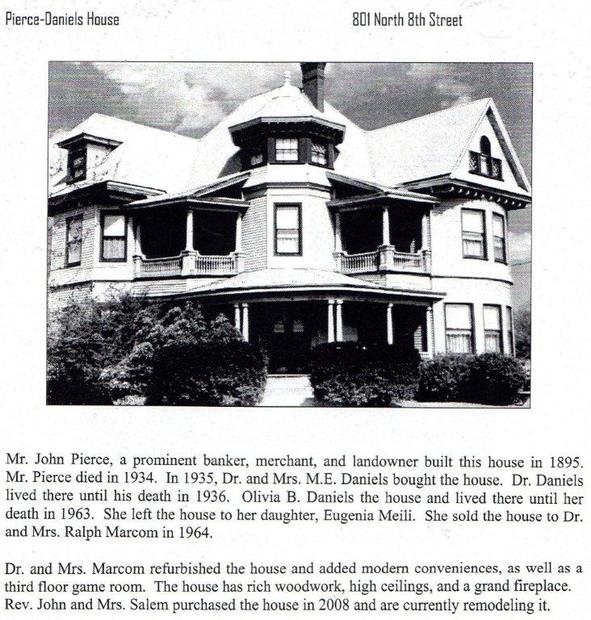 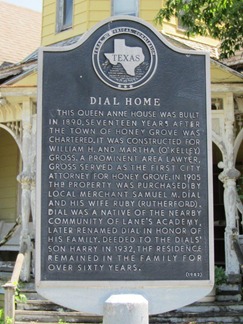 The house was sold in 1905 to Samuel Dial, a prosperous merchant in Honey Grove. 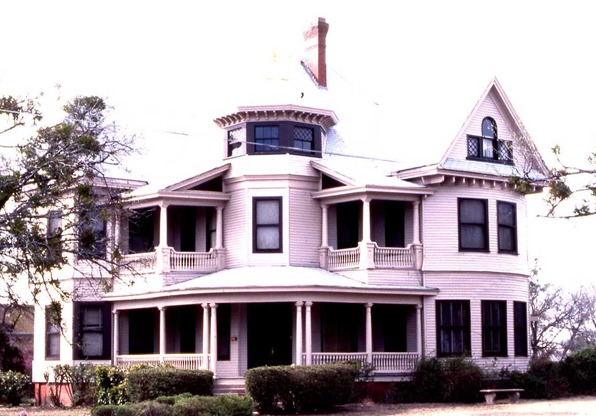 This house was built in 1909 by William Stewart for his wife Mary Ellen Galbraith Stewart after the death of their son, Willard Stewart. 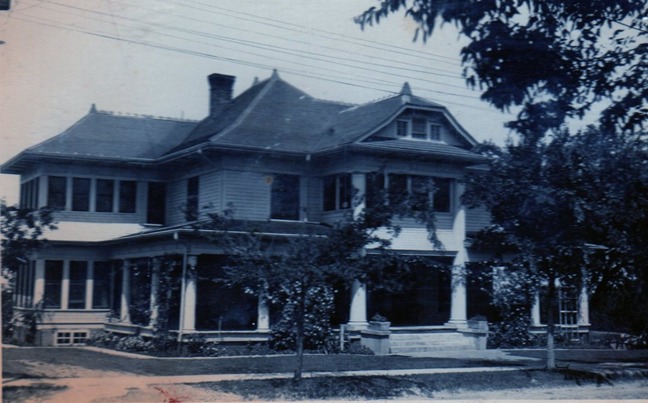 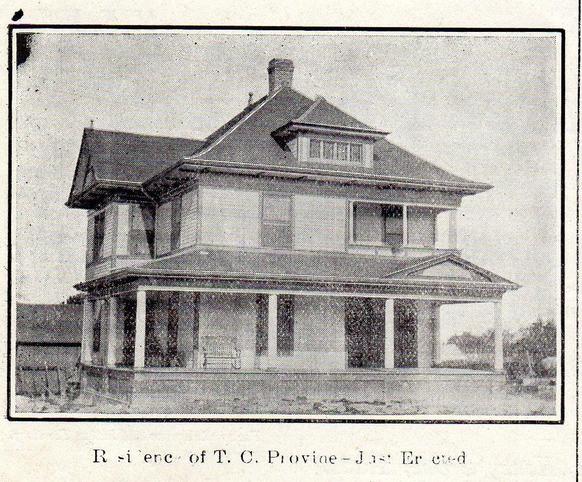 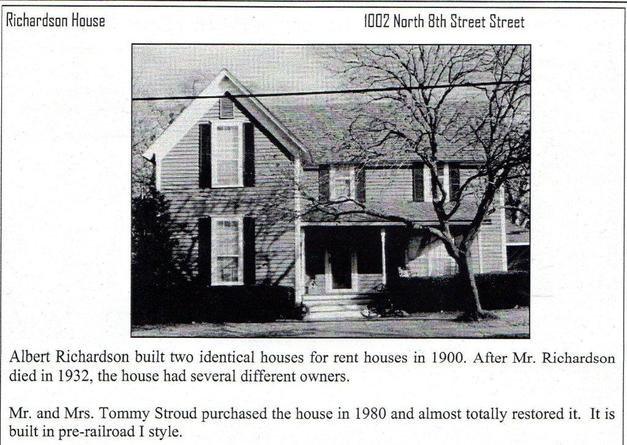 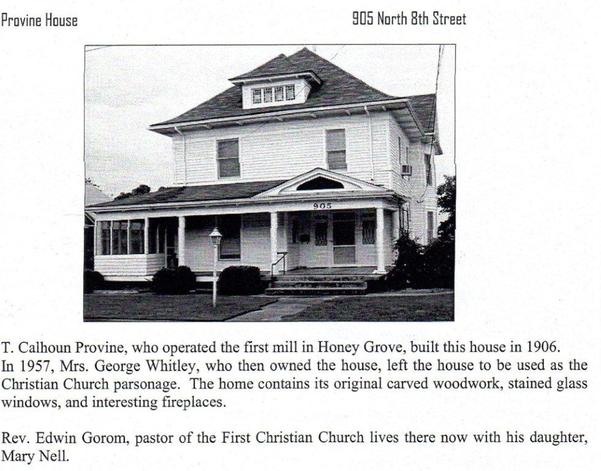 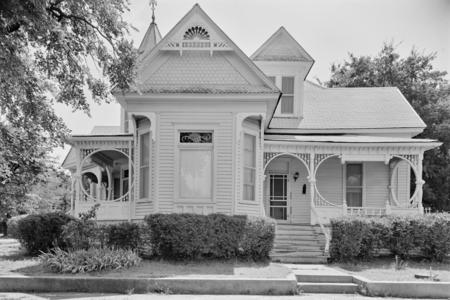 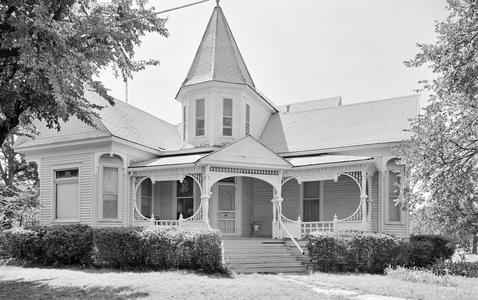 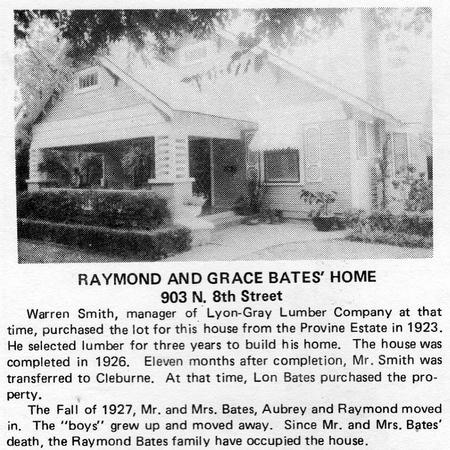 The historic photo of 905 North 8th Street below, built by T. C. Provine, is from Honey Grove, The City Beautiful. 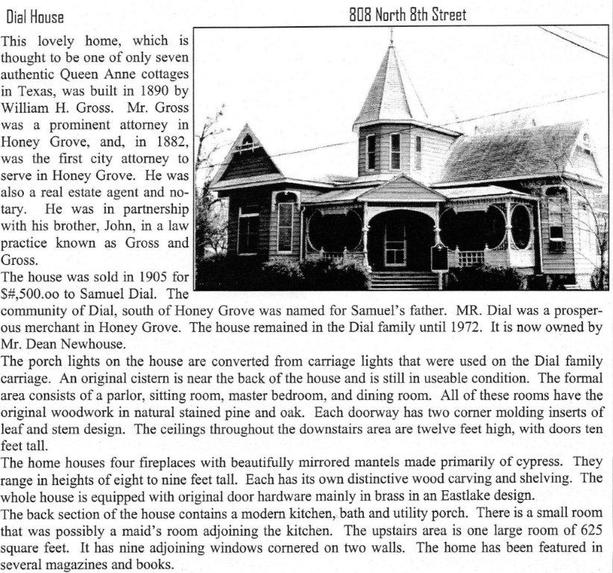 Warren Smith, manager of Lyon-Gray Lumber Company at that time, purchased the lot for this house from the Provine Estate in 1923.  He selected lumber for three years to build his home.  The house was completed in 1926.  Eleven months after completion, Mr. SMith was transferred to Cleburn.  At that time, Lon Bates purchased the property.