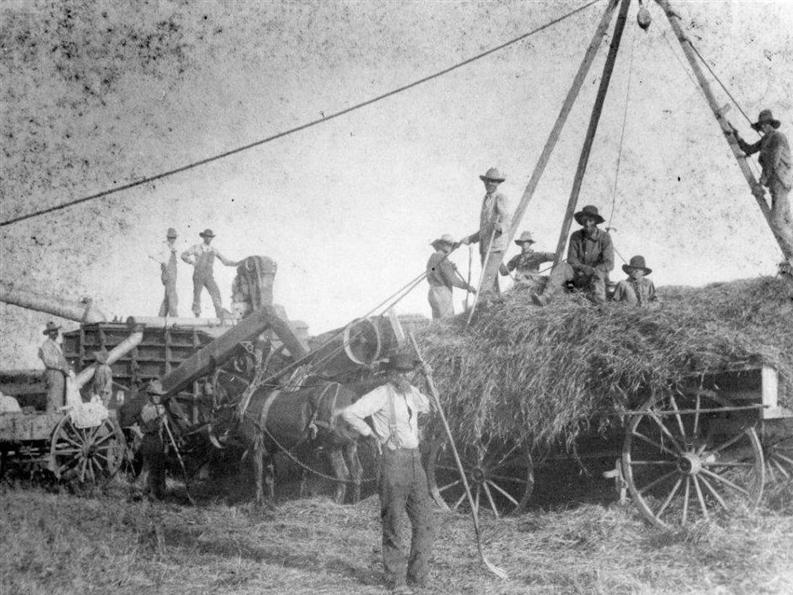 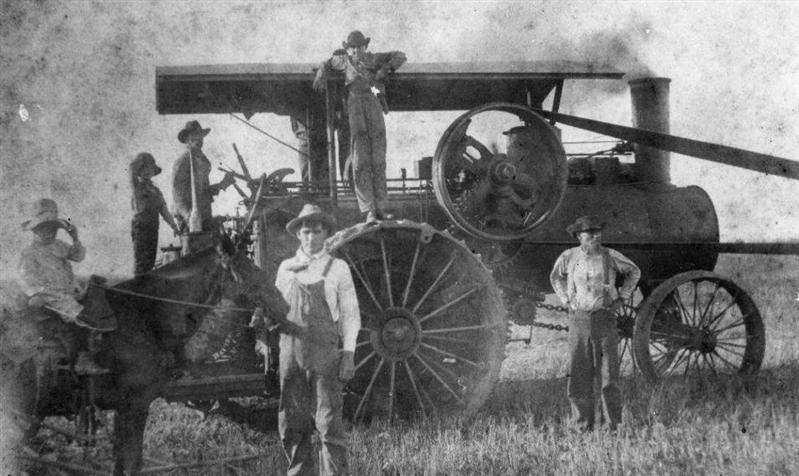 The following is from John Black's Pictorial History of Honey Grove, Texas

Without doubt, cotton was the most important commercial agricultural commodity of Fannin County, but most farmers practices a diversified form of agriculture.  The rich black waxy land and the surrounding sandy soil produced a variety of crops:  corn, wheat, oats, millet, barley, sorghum, rye, alfalfa, barn corn, fruits of all kinds, grapes, berries, sweet potatoes, Irish potatoes, and almost every vegetable known to both temperate and torrid zones.

Rye, barley, wheat, oats and other small grains consisted of an important part of agriculture production in Fannin County.  The grain, usually  harvested in the early summer, was first cut in bundles, threshed and sacked and then sold to a nearby granary.  Although much of the grain, particularly oats, was consumer on the farm by livestock, much was exported to markets in the north and east and other parts of the world.  Hay was used for livestock in the winter months and was testimony to the important of livestock in the economy of Fannin County.

Photos of hay and oats thrashers and thrashing below from the Collection of the Estate of John and Thelma Black.