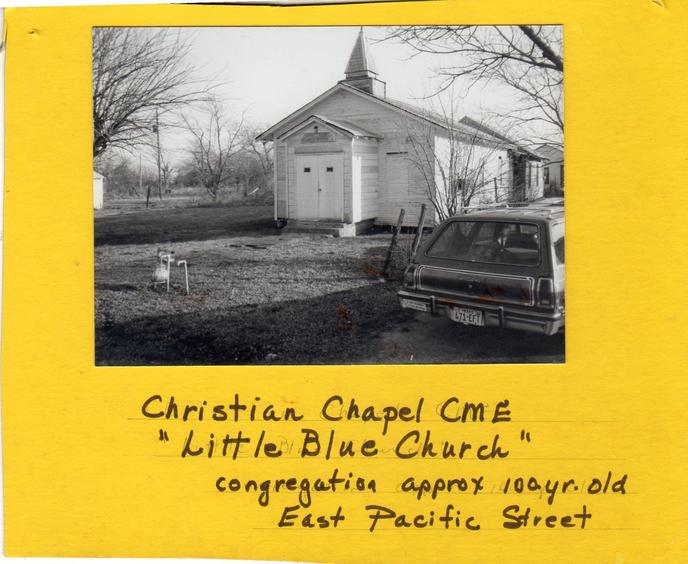 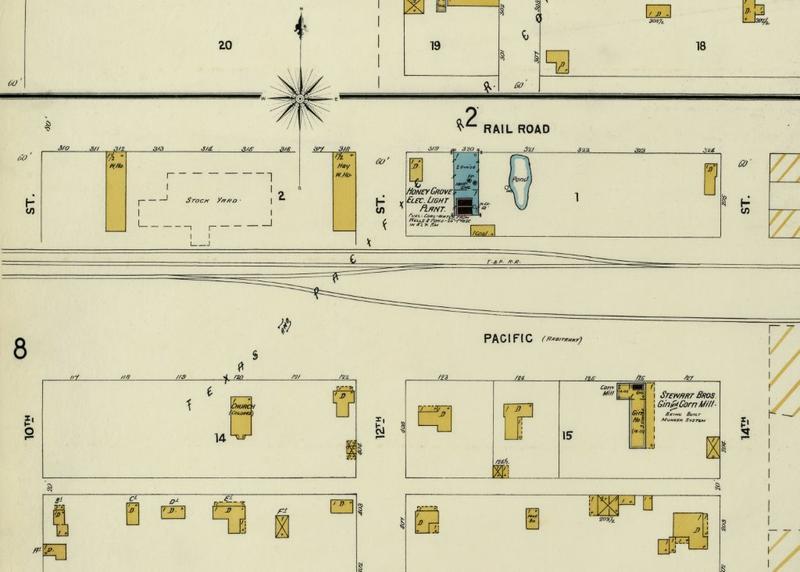 In 1885, a parcel of land on Pacific Street in Honey Grove was purchased from the railroad company by the trustees of the church at that time known as the "Little Blue."  The name of St. Paul C.M. E. Church was given this church,  Because of the confusion with the St. Paul A.M.C. Church also located in Honey Grove, the name was changed to Christian Chapel C.M.E. Church in 1900.

Much of the former historical data and its pastors down through the years has been lost.

In December 2001 a new site on Market Street was obtained.  On February 23, 2002, the congregation held the Ground Breaking Ceremony.  In November 2002, the construction of new church began.  The first service in the new church was held on June 22, 2003, preceded by a motorcade from the old site on Pacific Street.  The cornerstone laying ceremony followed four months later. 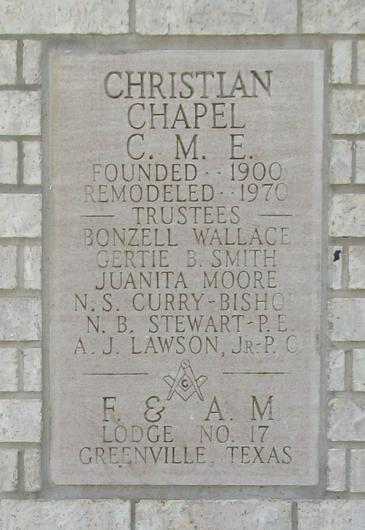 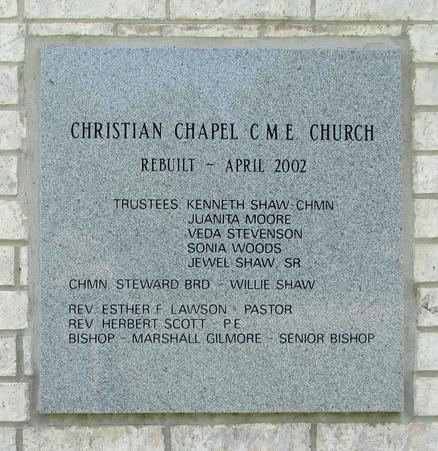