The name of Dial was given to the community when the United States Post Office was established.  In early days the people living in the Dial community met together for religious services in school buildings.  The Dial Cemetery is closely associated with the church.  Sam Wise of Grove helped with the burial of the first person, Bobby Lyday, who was the brother of Jim Dial.

When news of the 1918 Armistice reached Dial, Mr. H. M. (Buck) Milford, one of the trustees of the public school, came by, opened the door, and said "Turn them out, the war is over."  I remember we were proud the war was over, but we were also proud to get out of school.  We went up to the Presbyterian Church and rang the bell for a long time.  Our teachers were Miss Lucy Mae Meek and Mr. Gay Hudson.

During one of the summer revivals, held at the old tabernacle, a group of the boys decided that had to have some amusement, so they took the sleeping babies out of their respective wagons and switched them around.  In other words, they probably put little Willie Price in the Meek wagon and little Sam in the McKee wagon and little red headed Lloyd in the Jean wagon, and so on.  Of course, after the meeting was over that night the parents climbed into their wagons and went home, only to find somebody else's baby screaming in their arms.  You can well understand and appreciate the commotion that took place about midnight that night.  Without any telephone, having to ride around the community trying to locate their own baby and get rid of their neighbor's.  I remember the late Bob Chiles saying he never would forget the whipping he got over that!

The Central National Road of the Republic of Texas ran through Dial. . . .

A Tennessee scholar founded Lane's Academy near Fort Lyday.  Robert W. Lane, born in 1825, arrived in Fannin County in 1836 and settled near present day Ladonia.  He founded the academy and also farmed in the county.  He was a Civil War soldier. 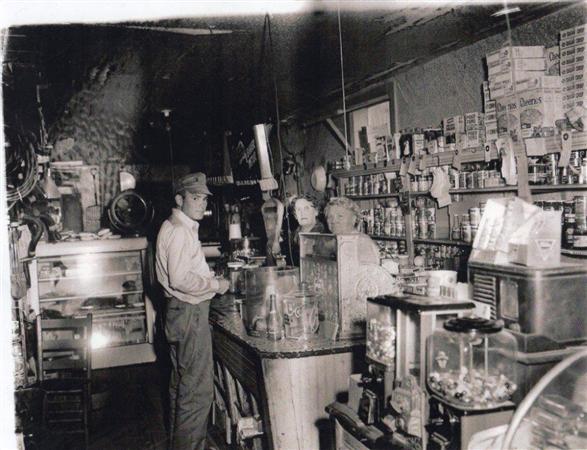 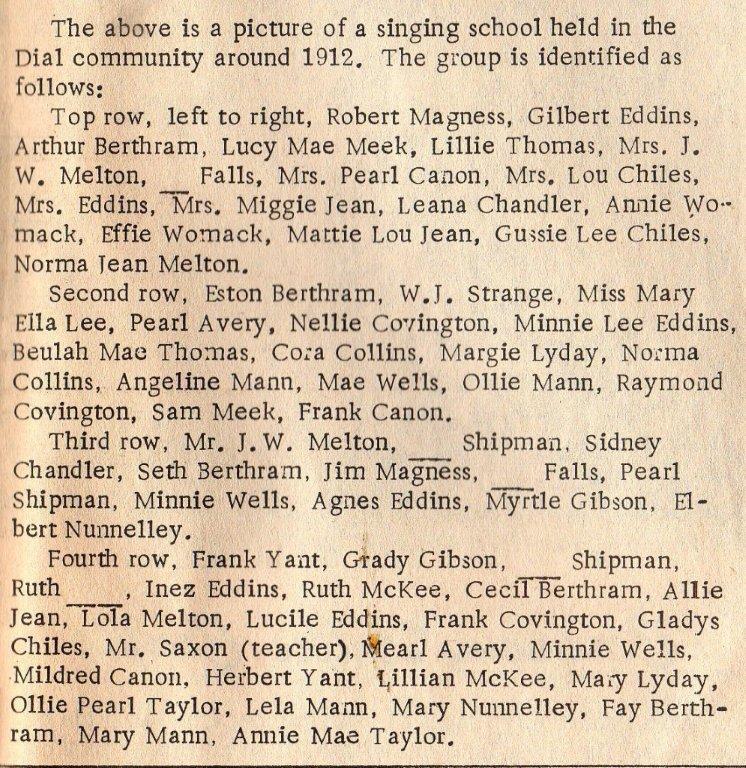 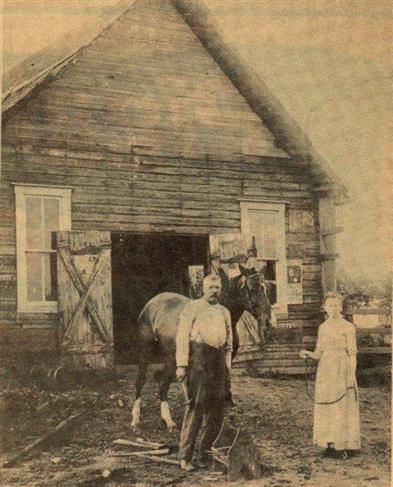 This photo is of the Will Jean Blacksmith Shop located in Dial.  Just over Mrs. Jean's left shoulder can be seen a part of Dr. H. B. Savage's office.