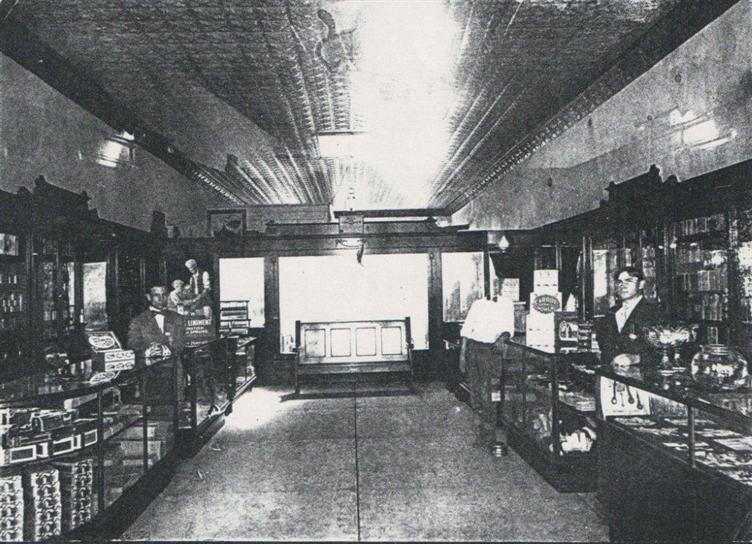 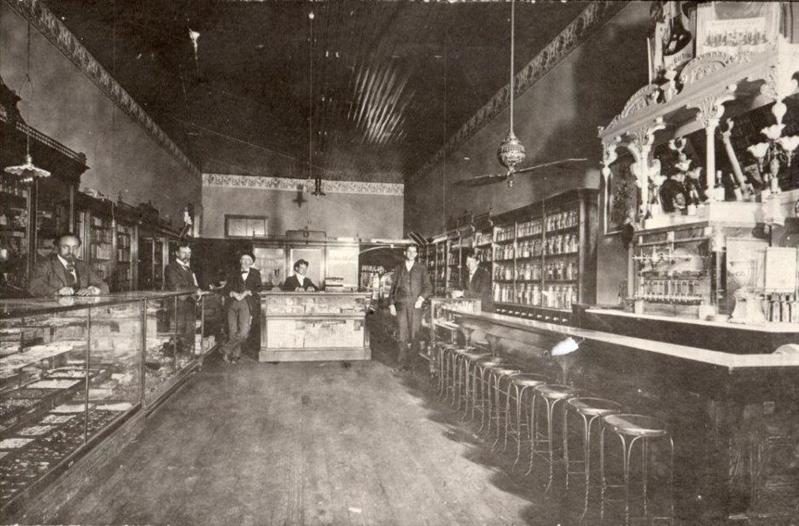 The Black Drug Store was located on the west side of the square.  The owner was Largus Black and he is standing (second from right).  As is apparent from the picture, the drug store sold jewelry, watches, gifts and lots of ice cream and sodas at the fountain.  On Saturdays young boys stood out in front hawking ice cream cones to all comers and the sales were brisk.

The store was originally operated in the late 1800's under the name of Bradley and Black, Dr. J. S. Black being a co-owner.  Later it was owned by Dr. Black's son, L. B. Black and still later, Mr. Black formed a partnership with his brother-in-law, John Little and it was then Black and Little Drug.  (From the Honey Grove Signal-Citizen, June 29, 1973) 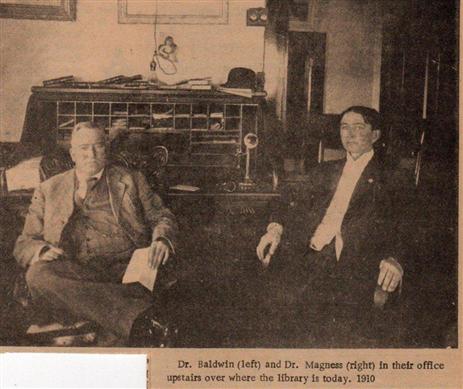