The Eastland Baptist Church was an important black church in Honey Grove that is now called the 16th Street Baptist Church.  It was reportedly the church that many of the black educators attended.  It is the church shown on the 1921 Sanborn map below.

​The photos below are from the church in the 1950s.  The new 16th Street church building is also below.

An article in the March 29, 1957 Honey Grove Signal-Citizen states:

"The members of the Sixteenth Street Baptist Church of Honey Grove, formerly known as the Eastland Baptist Church plans to begin tearing down the present building which was erected some 82 years ago, in the immediate future.

The new church will be on the same site."

This means that the Eastland Baptist Church building was originally built in 1875. 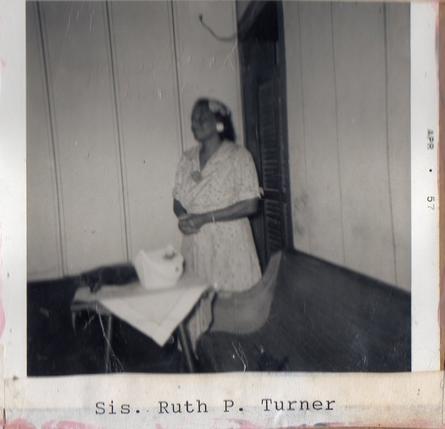 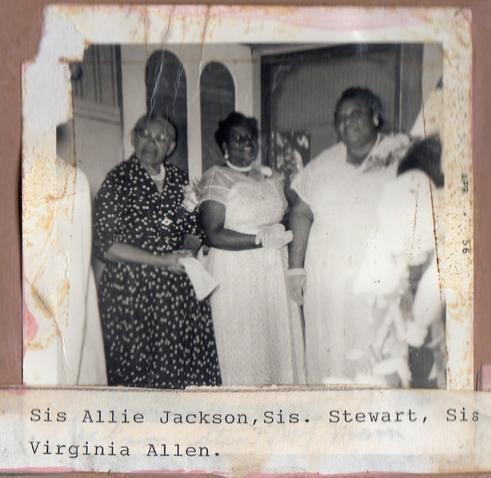 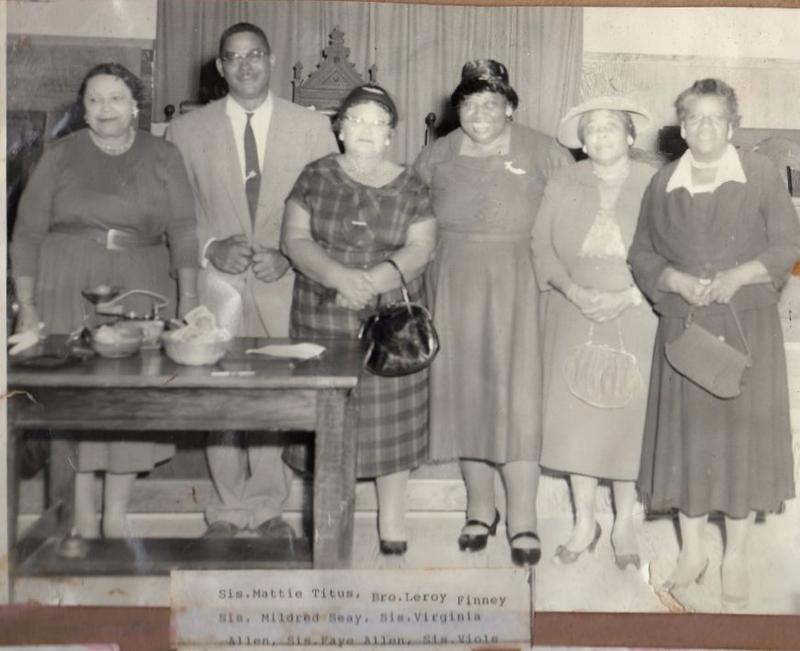 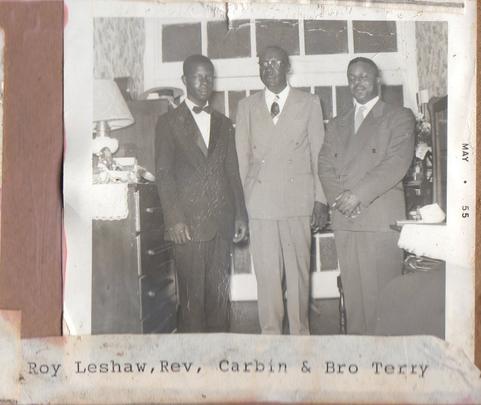 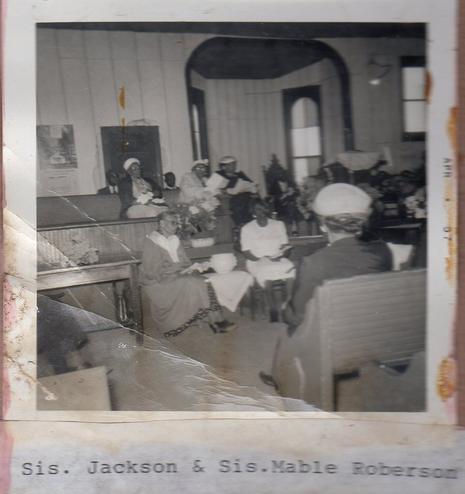 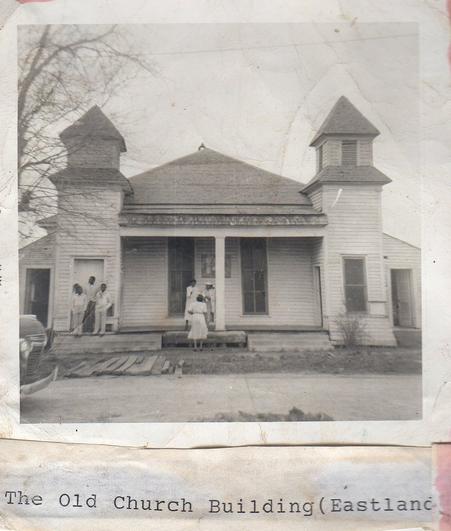 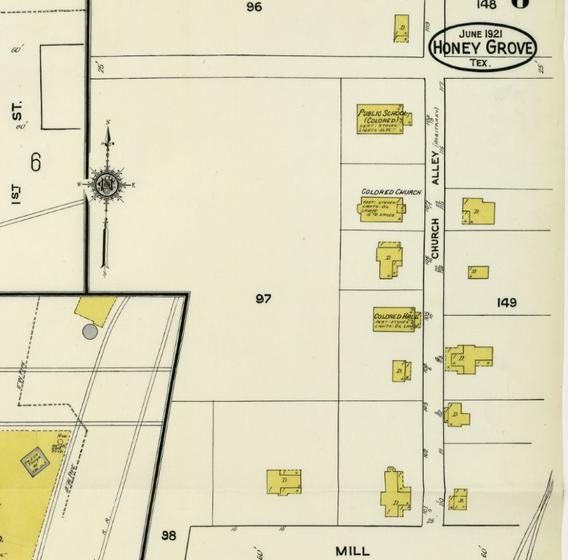 Over two hundred messengers are in Honey Grove this week attending the forty-fourth session of the Northwestern Baptist Association (colored), and the local negroes are taking nice care of the visitors. The sessions of the association are being held at the Eastland Baptist church, Rev. J.
R. Swancey, pastor, and the twenty - ninth session of the Woman's Missionary Society is being held at the African M. E.church. Rev. S. E. J. Watson, of Dallas, moderator of the association, preached the opening sermon Monday night.

On Tuesday the laymen of the association held a session. Prof, Percy J. Smith delivered the welcome to this branch. A debate between Prof. A. J. Kirkpatrick of Sherman, and Harrison ; M. Gilliean, of Denison, on "Resolved, That the South is a better home for the Negro than the North proved interesting. It developed that few negroes from this section are leaving. The ministers and deacons held their session Wednesday, and Thursday morning the association proper met.

The American Humane Society of Boston, Mass., is making an effort to interest the negroes in a humane attitude toward dumb animals. The Apostle of Mercy,  F. Rivers Barnwell, is to deliver a special lecture on Friday night and the white people are especially invited. Rev. Swancey asks the Signal to thank the white people for their corporation and assistance, especially in the commissary department which has made the feeding of the delegation possible.

Chas. Stewart, perhaps the best known negro publicist in the United States, for number of years a correspondent for the Associated Press, is a visitor, the guest of A. T. Smith. 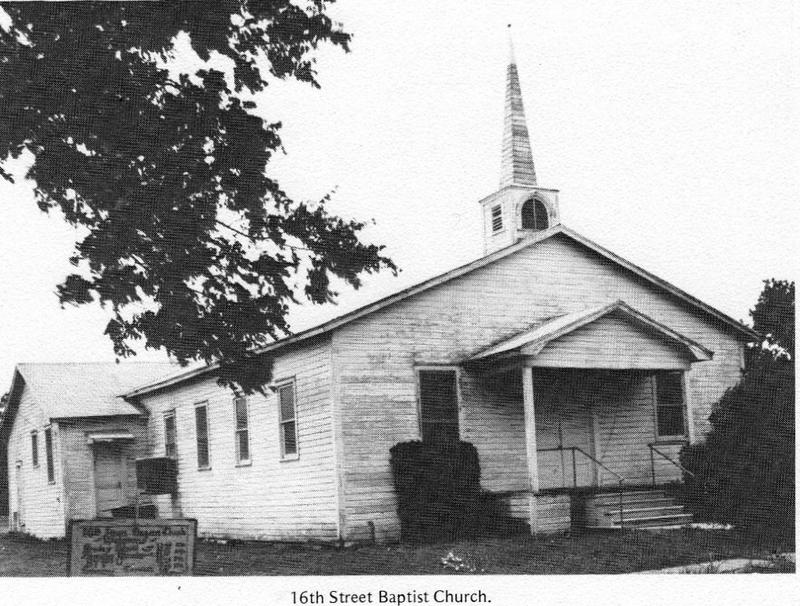 On Thursday evening of last week at Eastland Baptist church (colored,  returned soldiers were entertained. Rev. H. E. Carbin is pastor of the church and a salad plate and pie were served. The following program was given;

The February 7, 1896 Honey Grove Signal states in a column written by J. L. Perrin that:  "We expect a large crowd at Eastland Baptist church Sunday.  The memorial services of the Rev. D. Bass will be held at three o'clock."  It further states:

"A general mass meeting will be called by the ministers and leaders to establish some rule by which they may collect to the five different churches.  Get ready for the call and come to the meeting."  We read this to mean that in 1896 there were five black churches in Honey Grove.

The March 20, 1896 Honey Grove Signal notes that "Good services are being held at Eastland Baptist church day and night.