The following 2 photos were placed in the Fannin County Courthouse time capsule in 1966 by Hoyt Ivey.  The second photo, taken in 1951,  is Lenny Hennery, Policeman, Bedford R. Wilkerson, Fire Marshall, and Hoyt Ivey, Chief of Police. 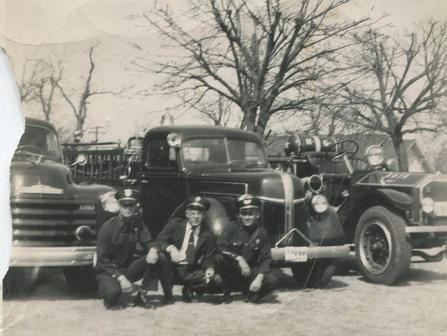 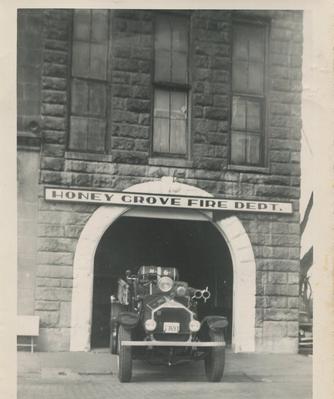 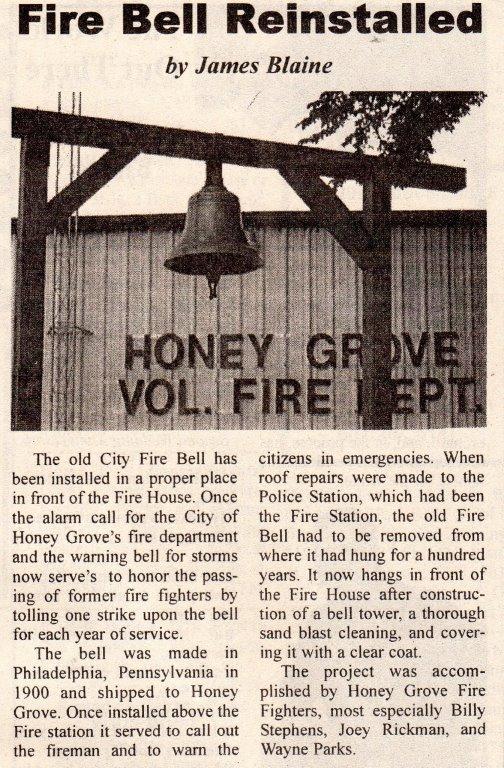 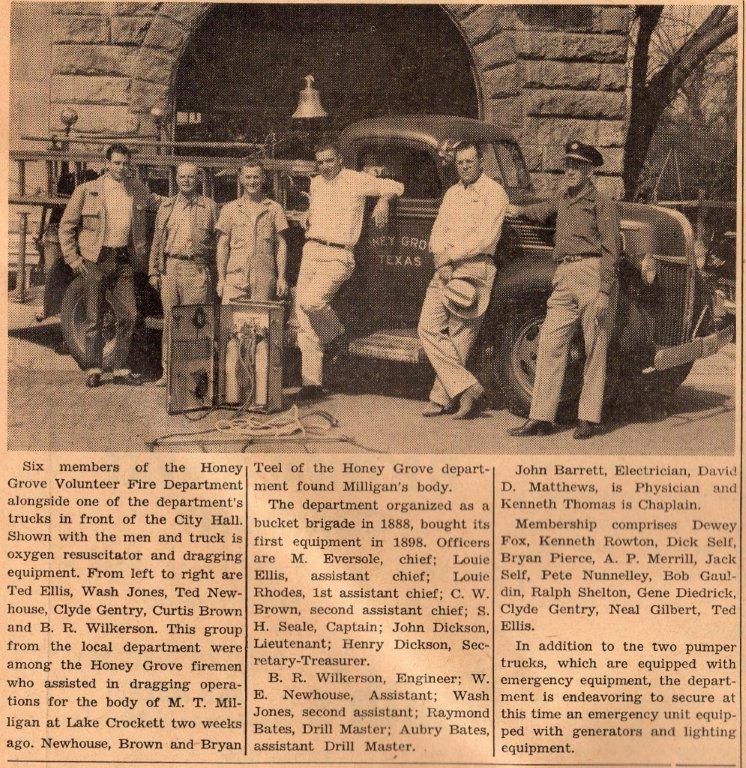 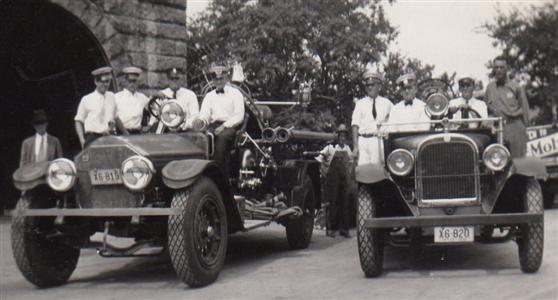 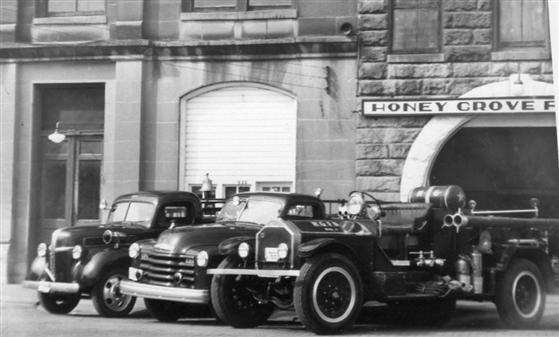 This photo is from the June 29, 1973 Honey Grove Signal-Citizen, which says that in 1921 the Honey Grove Fire Department's old horsedrawn pumper was retired after many years of service and the pumper in the photo was purchased. The new vehicle was delivered in 1921 by T & P train and unloaded amid considerable fanfare at the depot. 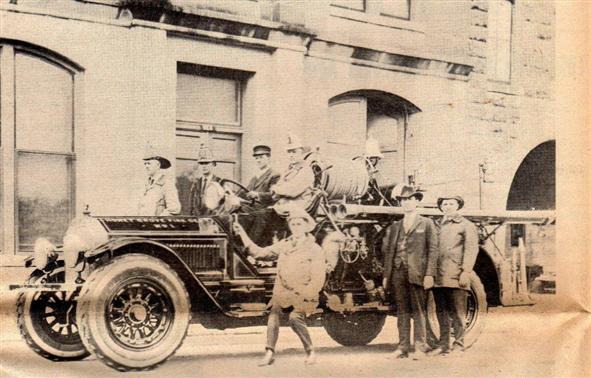 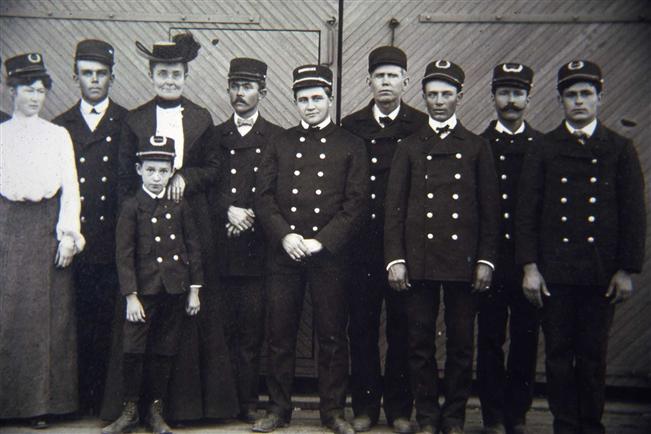 Photo of the Fire Department from John Black's Pictorial History of Honey Grove.  The woman at left is Mrs. Jessie Bryan Phillips, sister of Bob Bryan, who was a member and who furnished horses to pull the wagons.  Right of Mrs. Phillips is Henry Allen.  The lady in the big hat is Mrs. Nina Fiquet.  The young man in the middle is Ivan Erwin.  The young lad is White Shortal who became a well-known doctor. 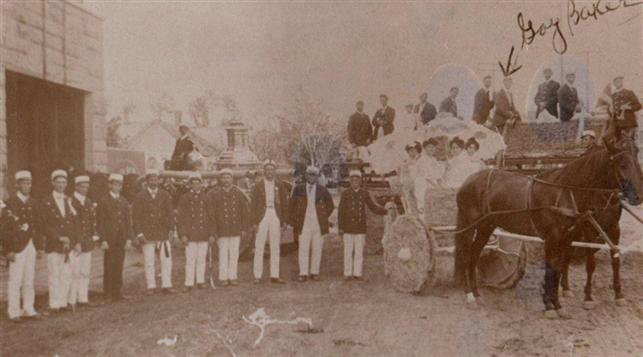 Fire Wagon Parade, 1901, from the Collection of the Estate of John and Thelma Black 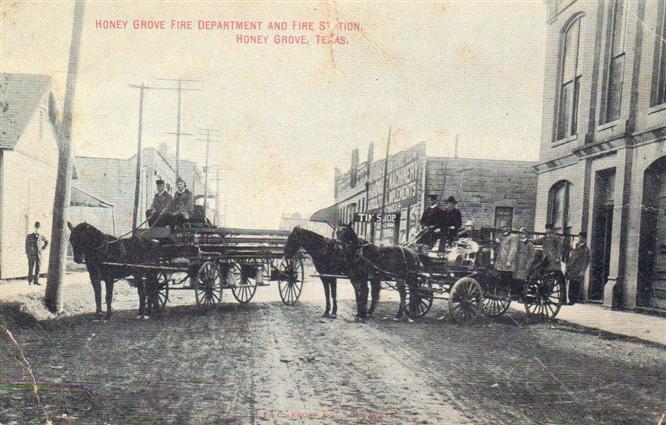