This information is adapted from One Hundred Years and Fannin County Folks and Facts.

The Floyd Quarry, south of Honey Grove, is on land originally owned by William Floyd who moved to Fannin County in January 1859.  By the late 1860s William Floyd and his son John began cutting the rock, which was a unique kind of limestone being soft and yellow in color in the ground but which, when removed, bleached and hardened in the sun.  Some of the first stones they cut were used in chimneys and hearths for fireplaces and curbs for water wells.

The stone building of Burgher and Stephens was one of the most prominent in Honey Grove built of the Floyd stone.  Other local buildings using the stone was the First National Bank Building (1892)

When the Methodist Church decided to build its own church in 1880, the stone building was constructed under the supervision of William Floyd.  A huge rock fell on his leg and broke it, which was the cause of his death in 1883.

William Floyd's three sons, John, Benjamin and George, continued in the quarry business for a number of years.  The stone became famous because it was tough, durable easily worked and had no perceptible grit.  In time they added better equipment and shipped rock to many parts of northeast Texas.

The Santa Fe Railroad from Honey Grove to Ladonia had a side track to the quarry and railroad cars hauled the stone to many places.  For shorter trips to Honey Grove, specially built wagons with mule teams were used.  The Floyd quarry had a reputation all over north Texas for the abundance and superiority of their product and they furnished more building material of the kind than any other in the State at that time.

When the Dallas County Court House was built, the red granite rock was shipped from an eastern state.  It was in huge slabs and needed to be cut to proper size, so it was shipped by rail to the Floyd quarry, cut and returned to Dallas.

The stone from the Floyd quarry was also used for the Old Merchants Exchange Building in Dallas, many buildings and curb stones in Paris and neighboring towns, and in the 1885 historic court house in Clarksville. 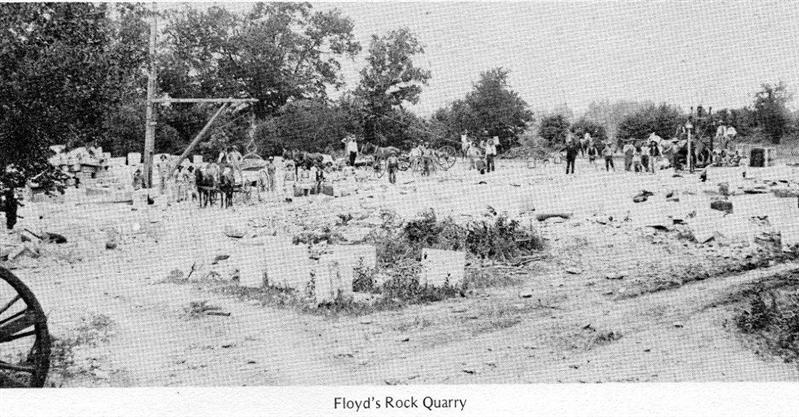 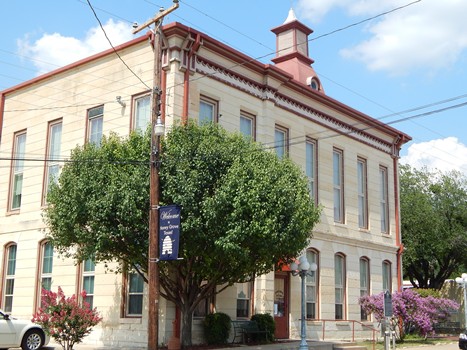 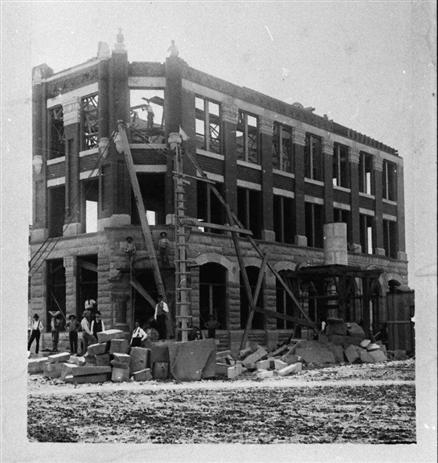 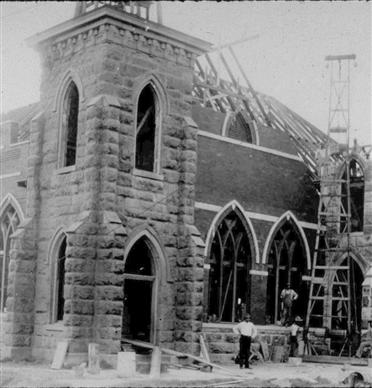 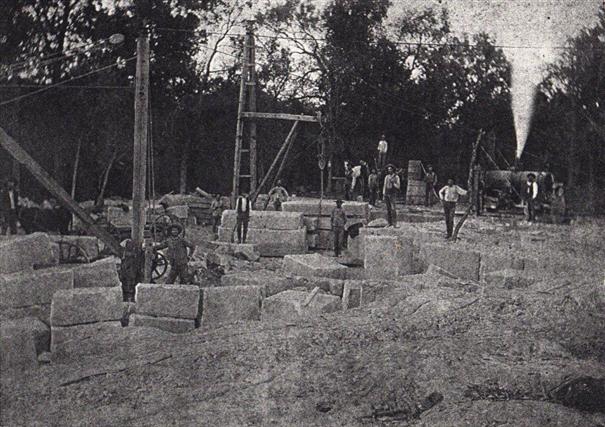 The remodeling of the Methodist Church and the building of the First National Bank.