We do not have identifying information on the photo below, from the Collection of Estate of John and Thelma Black. 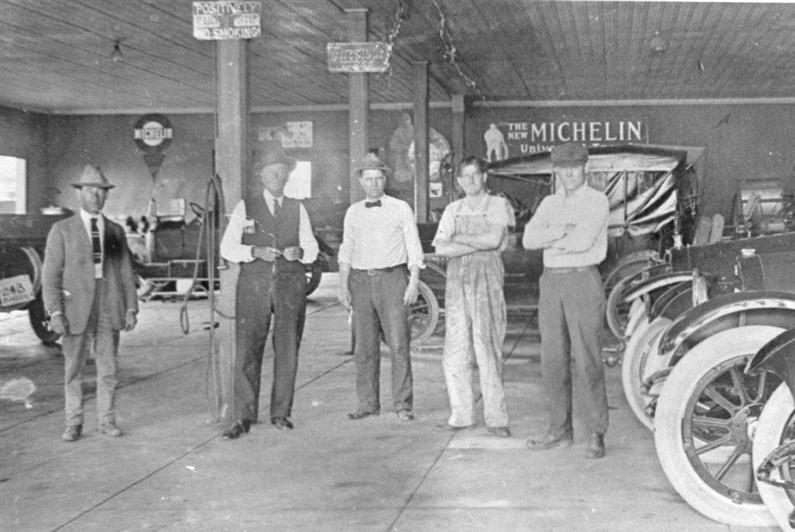 The man in the center of the photo below is W. F. Graves who, among his many other business enterprises, was a pioneer in the automobile business.  He was a dealer for Oakland automobiles, and the Graves Garage, located on South Sixth Street, was where all models of cars could be repaired and was the meeting place of the Honey Grove Auto Club.  He sold auto tires with mud chains attached, very much a necessity in those days.  He was one of the first Texaco dealers in Texas.  On the left in the photo is Mark Walker and on the right is Harrison Bowling.  (from John Black's Pictorial History of Honey Grove, Texas) 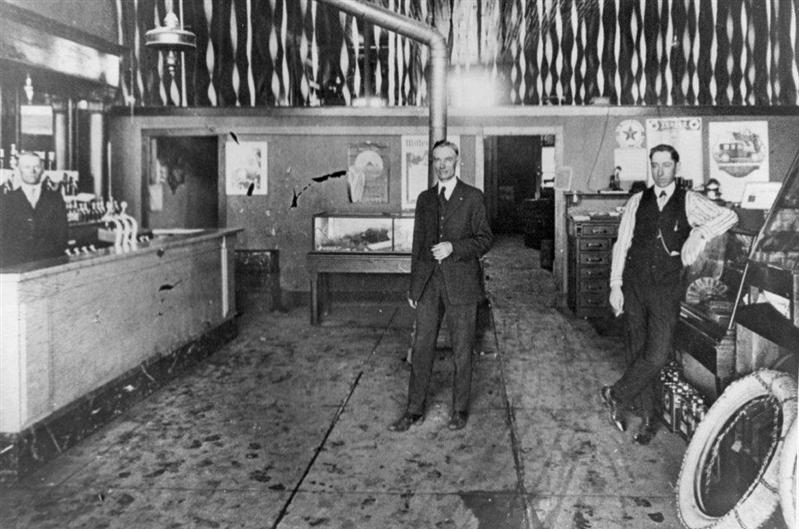 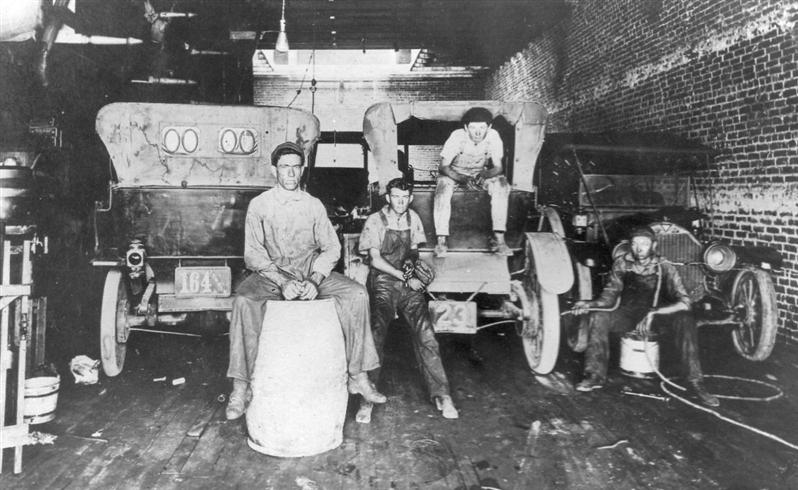 The above Dial Garage, on 6th (or 5th) Street, was the first automobile garage in Honey Grove.  The owners were Willie Dial and Earnest Yeager.  In the photo above, second on the left is Willie Dial.  At center, in half, is Wylie Scott.  Next to the cars is Earnest Yeager.  The photo below is the T. N. York Garage.

Around the turn of the century the automobile began to appear and started a change in transportation.  By 1912, autos had become so numerous in Honey Grove that a group of owners formed the Honey Grove Auto Club.  (information and photos below from John Black's Pictorial History of Honey Grove, Texas)