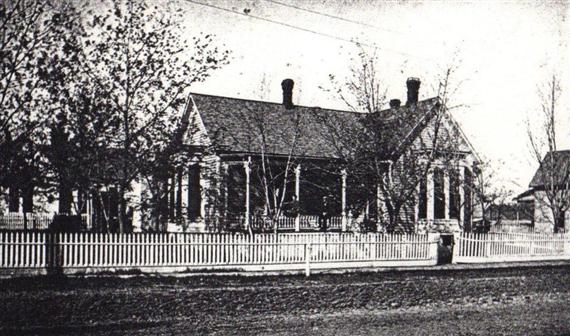 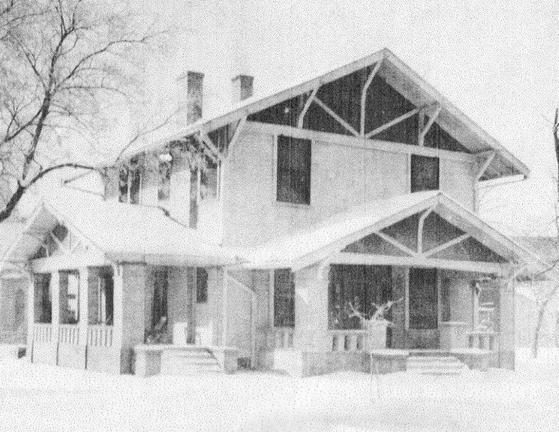 The George Dailey house was built in 1861.  George Daily was a prominent businessman who owned a drug store.

According to an article in the Honey Grove Signal -Citizen, August 29, 1980, "[t]here have been several changes in the house since it was built.  The porch shown on the right is no longer there and the chimneys have been removed along with the lightning rods and weather vane.  Also the ornamental trim has been altered and an air vent window has been added to the front gable."

The house was demolished around 2017.   The sidewalk which contains the impression "George A. Daily - 1861" is still in the front yard. 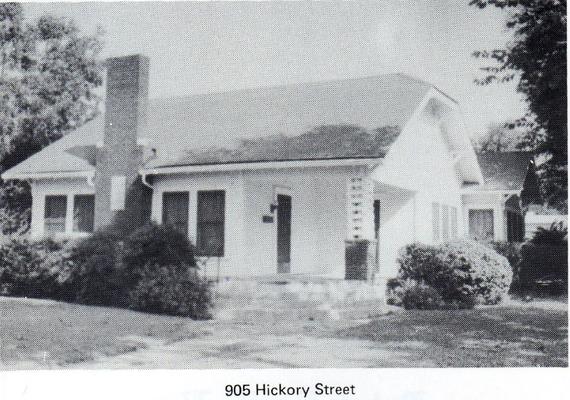 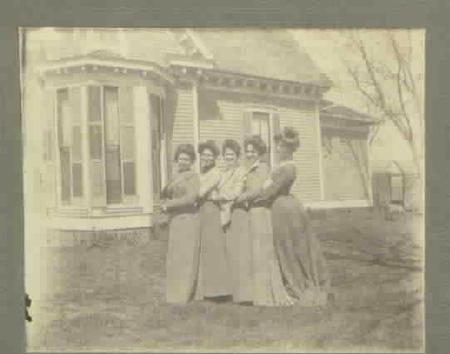 Home of John T. McCleary and Sarah Elizabeth Wood McCleary.  This house has been demolished. 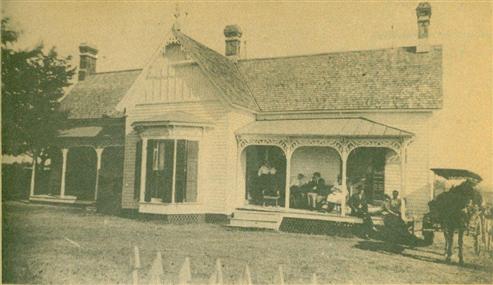 This house was originally owned and presumed built by Mr. J. M. Williamson.  It was purchased by Calvin Trout in 1896 and remodeled to its present style in 1916.  Mr. Trout's two daughters, Katherine Trout and Martha Stroup lived there until their deaths.  First photo from the Trout Family.  Second Photo and text from the book Historic Homes, Buildings & Locations of Honey Grove, Texas. 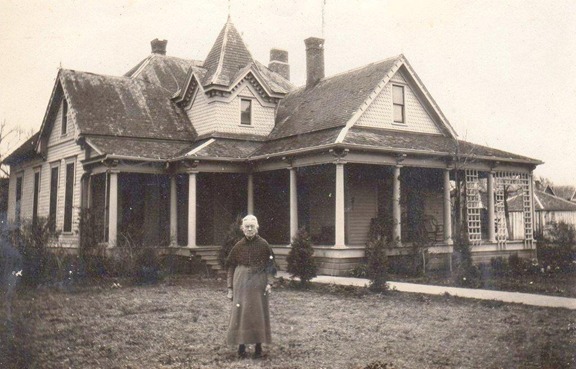 The home of Mrs. H. L. Ballew was built in the spring of 1925 by Mr. Parham, a contractor our of Roxton, Texas, at that time.  The home is located on the original Ballew family lot.  The large old family home used to be located in the lot just west of the Ballew home.  Mr. and Mrs. Ballew moved into their new home in July of 1925 and have occupied it for the past 58 years.  Source:  Heritage Home Tour, 1983 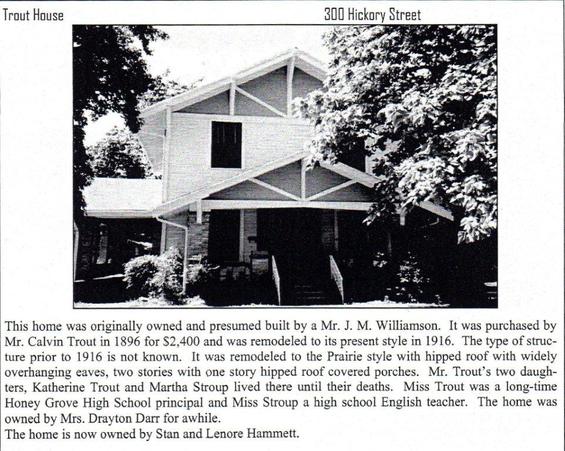 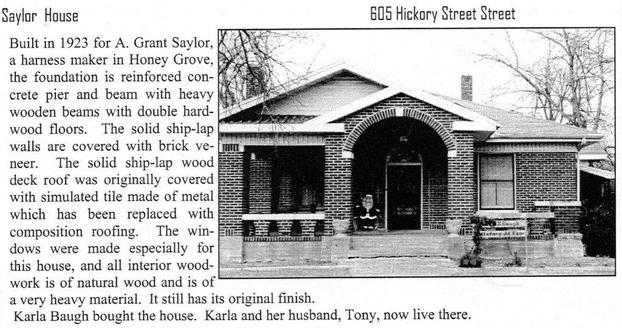