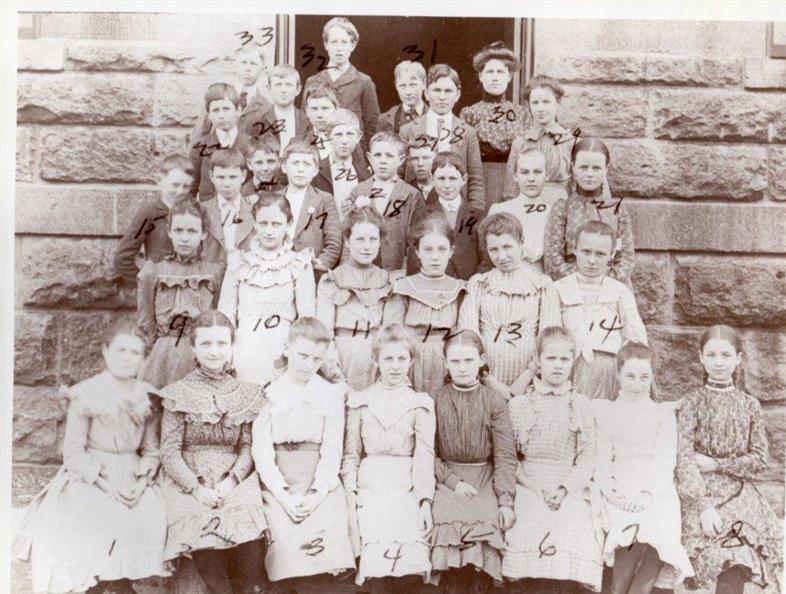 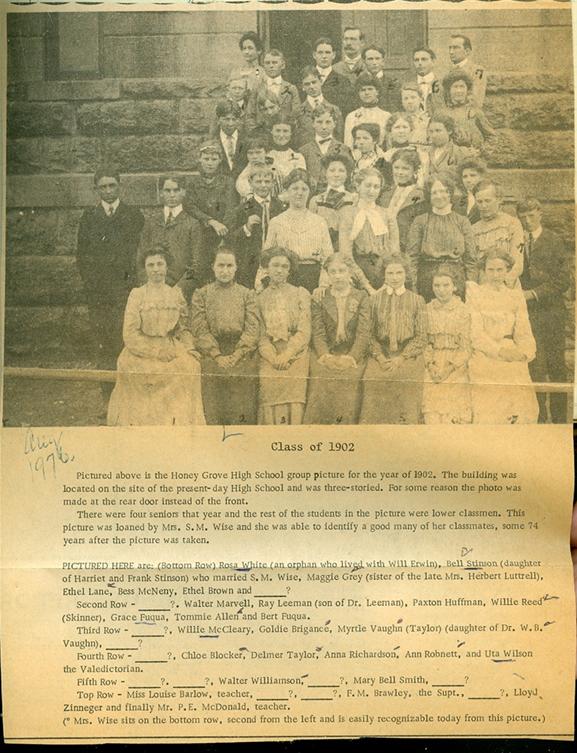 Pictured above is the Honey Grove High School group picture for the year of 1902.  The building was located on the site of the present-day High School and was three-storied.  For some reason the photo was made at the read door instead of the front door.

There were four seniors that year and the rest of the students in the picture were lower classmen.  This picture was loaned by Mrs. S. M. Wise and she was able to identify a good many of her classmates, some 74 years after the picture was taken.

(Mrs. Wise sits on the bottom row, second from the left and is easily recognizanble today from this picture.)