Captain Thomas Shaw came with his brother Robert in 1852 or 53 to Honey Grove, from Tenn.  Thomas volunteered into the 11th Cavalry and organized in June, 1861, the Honey Grove Mounted Riflemen.  He was Captain of this Company.  His regiment, after the Elkhorn Tavern fight, was ordered east of the Mississippi River.  In Kentucky he served under Bragg in his campaign and later was in the 3 day fight at Murfreesboro, Tenn.  After this, his regiment was so decimated it was decided to send a man of character and influence to Texas for recruits, and Shaw was selected.

While he he was cut off from his regiment and was transferred to Burnett's battalion in which he served until surrender. 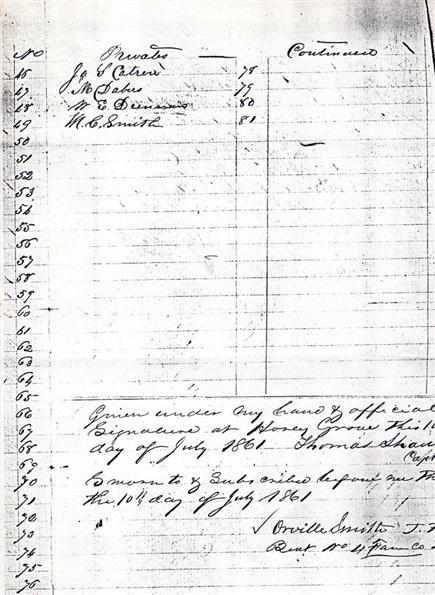 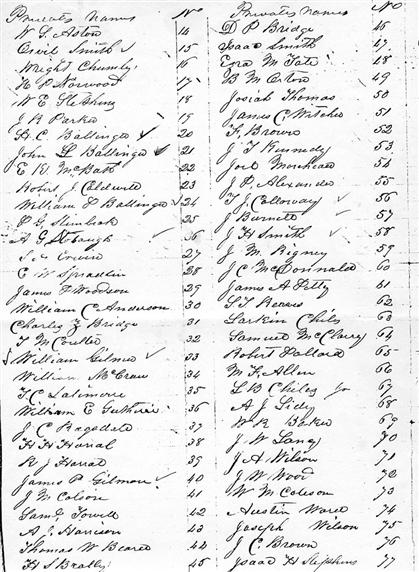 I, R. M. Chiles, 1st Sergeant, of a company of Independent Mounted Volunteers organized in said county, State aforesaid, under the Style and name of the Honey Grove Mounted Riflemen on the 29 day of June 1861 at Honey Grove in said county under and in accordance with an act entitled "An Act to incorporate all military Uniformed Companies, how organized or to be organized in the State" - said act approved July 15, 1858 - do hereby certify as hon___, that the following is a true and just return of an Election for officers of Said Company, held in the time and place afore____ to such - 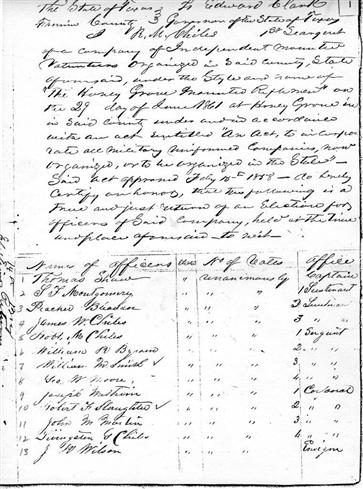