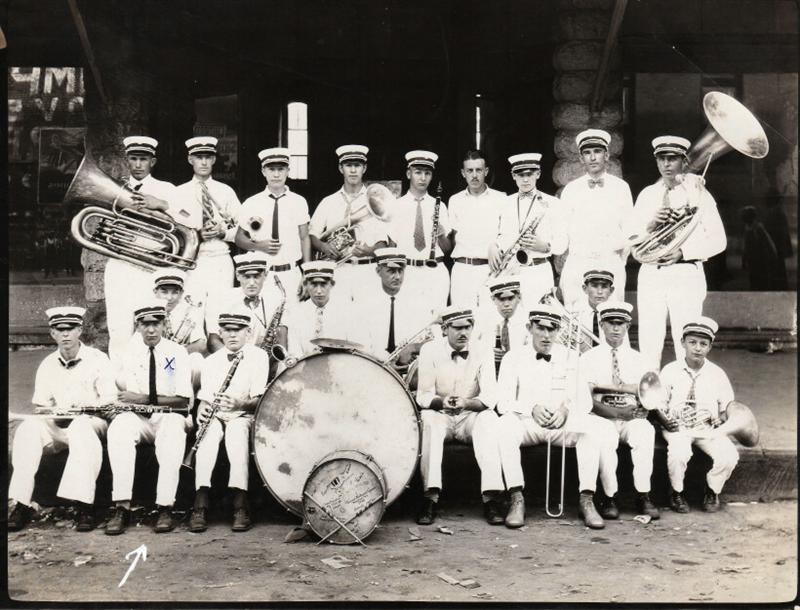 The election Tuesday to determine whether the tax levied for the support of the Municipal Band should repealed called out a large vote, larger than is usually cast in city elections.  Many manifested a deep interest in the contest and put forth efforts to get all the voters to the polls.  It was seen that the contest would be close and the result was in doubt until the count was completed.  The vote was 264 votes for the band tax and 243 against.  following the announcement of the result the band rendered several selections on the square.

Honey Grove has a splendid band and under regular study and practice it is improving every day.  As in all local contests there was a division of sentiment, but a test of strength has been had at the polls, and all have accepted gracefully the will of the majority.  This is as it should be.

Did you know that Honey Grove once had a Municipal Band?  The picture of the Band above is the Honey Grove Municipal Band.  It was loaned us by Jim Mullens.  The picture was made in front of the Honey Grove Citizen office on North 6th Street on September 15, 1926.  The Honey Grove band was considered one of the best in North East Texas and for several  years entered East Texas band conventions annually and came home with top ratings.  The bank performed at local rodeos, played concerts on the local public square during the summer months and went on trade excursions. 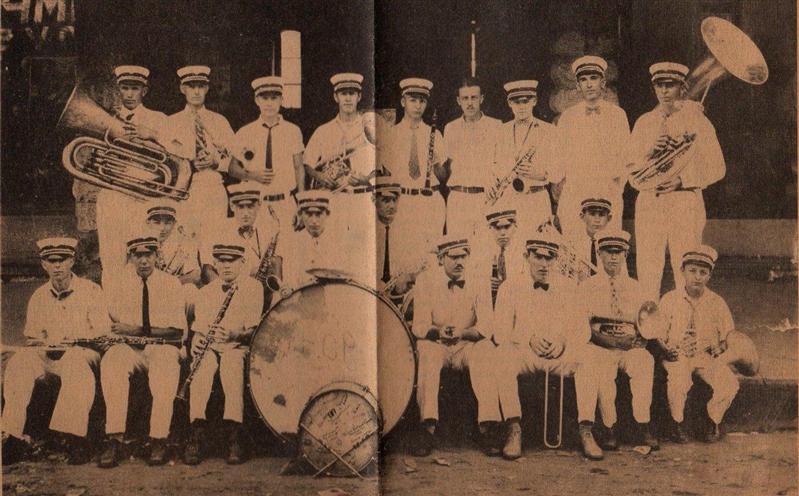 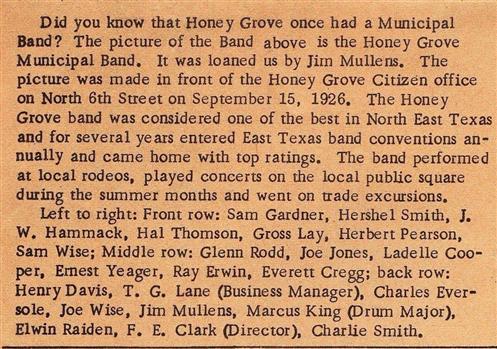