According to an article by John Black:

Honey Grove, like most Texas towns before the automobile became popular, had a varied social life in the post-Civil War days of affluent families and a bustling population which was double that of today.  The stay-at-home families had for entertainment occasional traveling circuses, such as Barnum and Bailey, a local Opera House, picnics at beaver Dam or other popular spots, baseball teams that competed with much larger communities, football, horse racing, rabbit racing, and many other diversions.  The local ladies were active in their churches and organized other social groups, foremost among them being the Honey Grove Shakespeare Club.

The Shakespeare Club was organized in 1895 and it became federated with the national group in 1897. 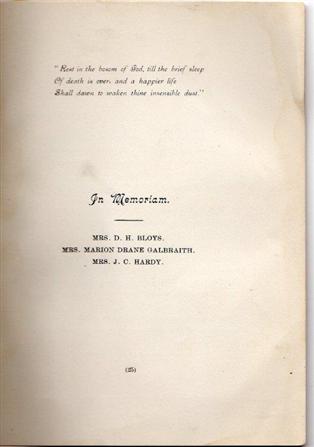 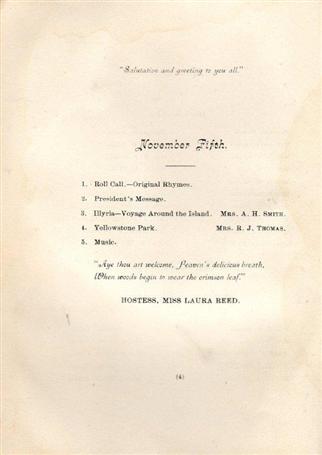 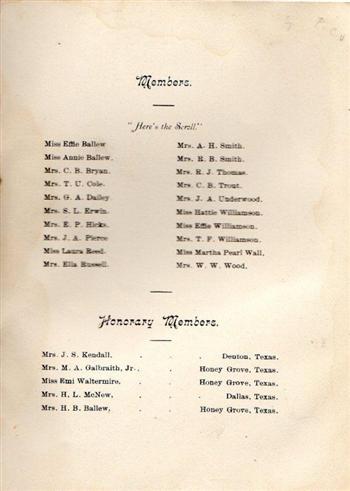 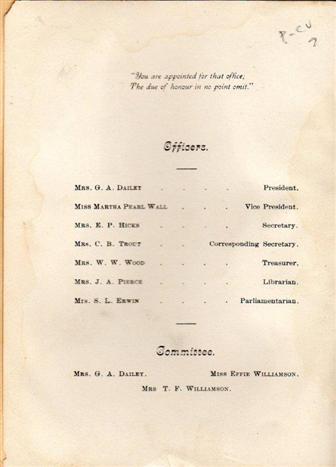 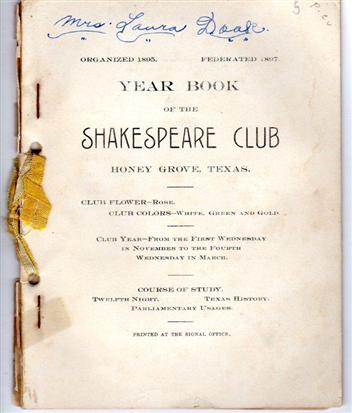 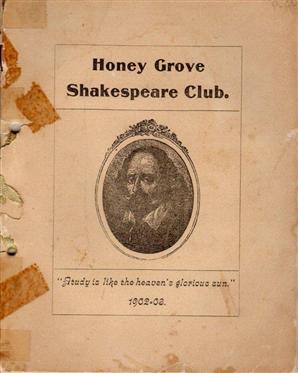 This document from the Collection of the Estate of John and Thelma Black.