Photo from the Allens Chapel Scrapbook. 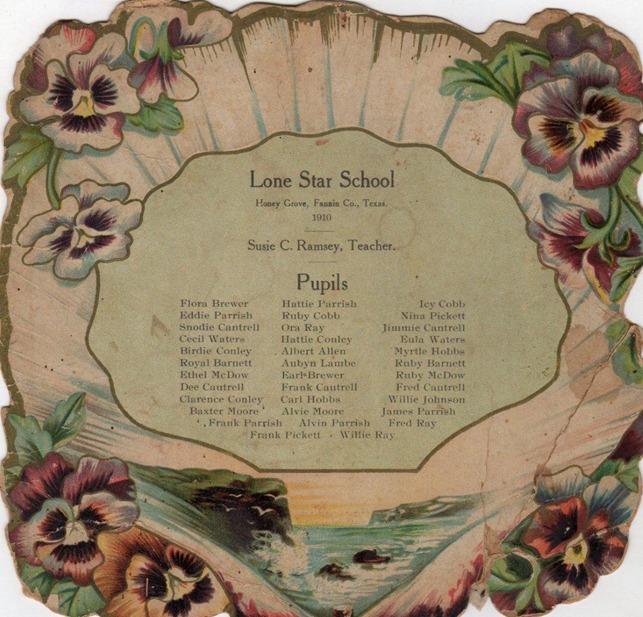 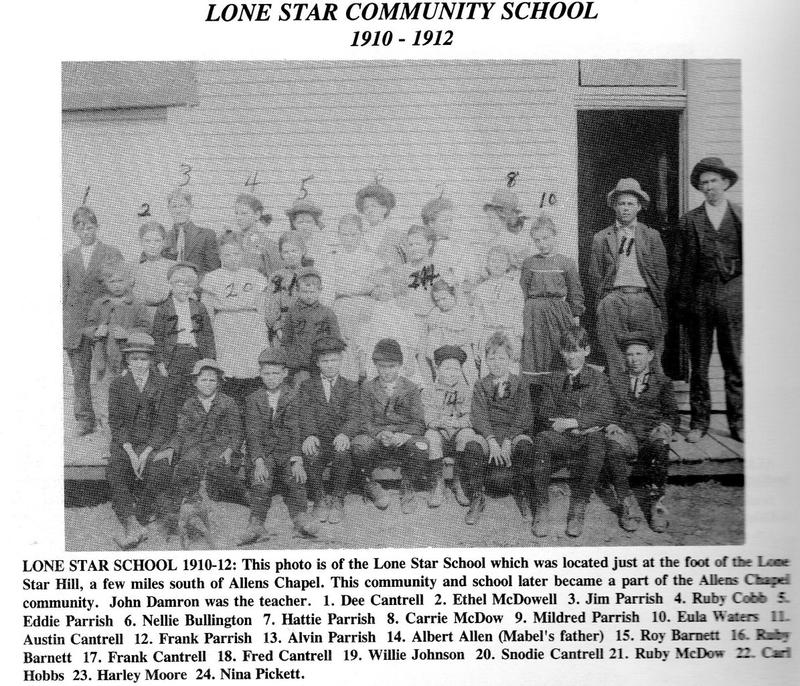 The Lone Star community was located near Allens Chapel, about three miles northwest of Honey Grove.  There was a school in this community in the early 1900s.

"The Lone Star community, three miles northwest of Honey Grove was one of the worst sufferers of the wind, also faring badly from hail.  The two churches, which are about 75 yards apart were blown down and demolished.  The old Williamson gin was blown down and the building is a total wreck.  The gin machinery was damaged, but to what extent is not definitely known.  In this same community a barn belonging to Mr. Byran Fewell was blown down, a residence on Mr. J. T. Damron's farm was wrecked and a granary at Mr. John Lamb's was practically destroyed."

We do not know if the school building was damaged in the 1910 storm.

An article in the Honey Grove Signal of December 5, 1913, reports that "A box supper will be given at Lone Star school house to-night, December 5, to which all are invited.  The proceeds will be used in making repairs on school house.

The School Directory for the Schools of Fannin County 1928-1929 does NOT list the Lone Star school as a current school.

The beautiful item below, from the collection of Lem Locke, records the pupils at the school in 1910.

​Please contact us if you have more information on the Lone Star School.