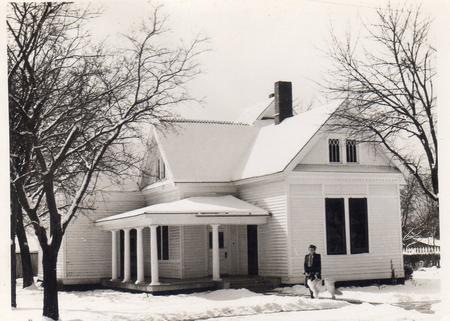 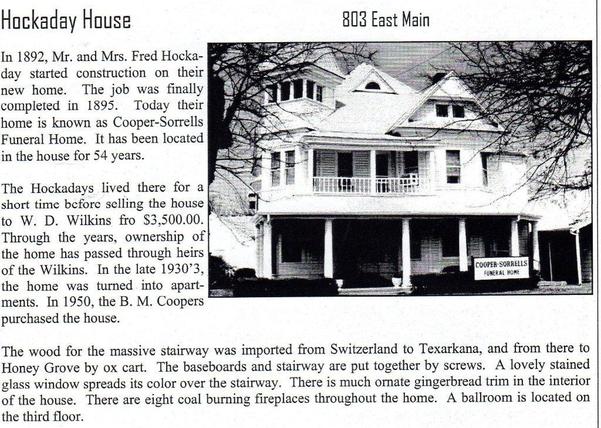 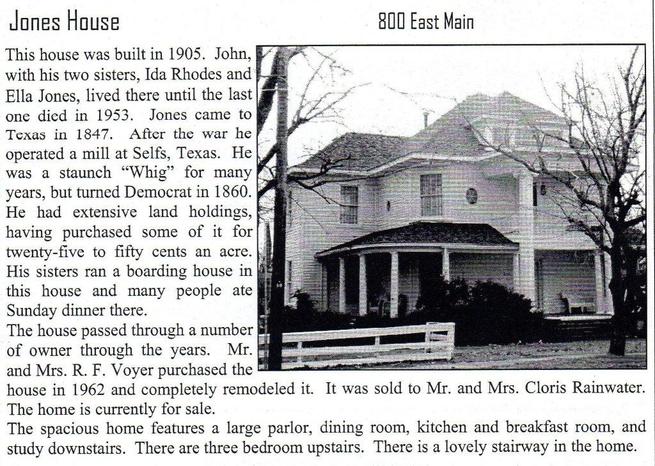 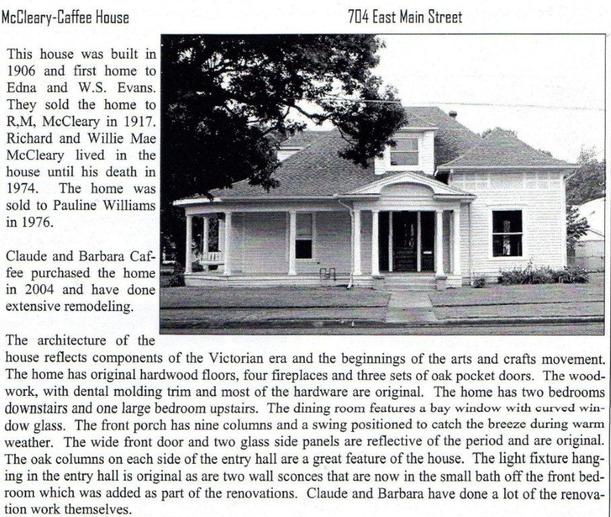 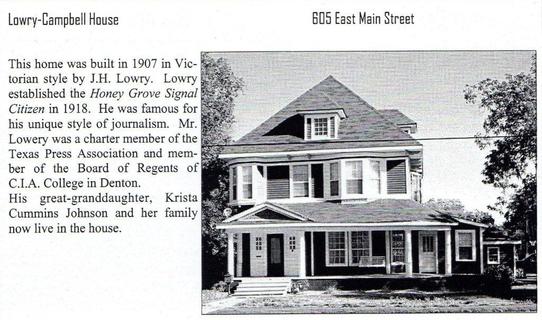 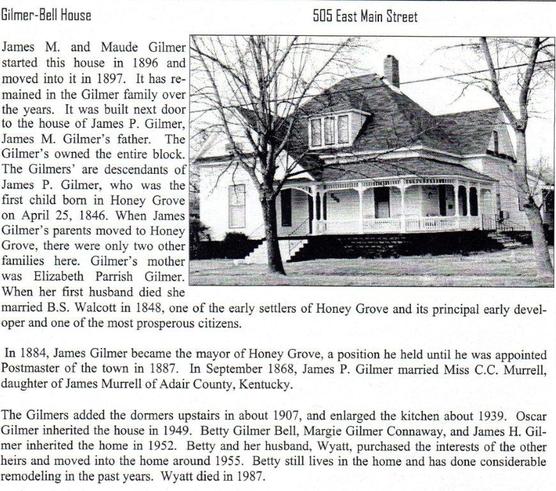 ​This house was built in the Gothic Revival style by James P. Gilmer (the first baby born in Honey Grove in 1846) around 1875.  The Gilmers, who at one time owned most of the land on which the town is built, retained this whole lot.  Miss Betty Gilmer inherited the house from her mother, Cornelia Gilmer, at her mother's death.  She lived there until her death in 1954.  Then the house went to Henry Dickson, who was a nephew of the Gilmers and who the Gilmers had raised.  John Dickson inherited the house when his father died in 1970.  Ina Peal and Jack Cobb Luttrell lived in the house from 1968-1972.  John and Louise Dickson sold the house to Max Covington in 1972.

According to an article written by Alma Braudrick, the house was built by Newt Miller. 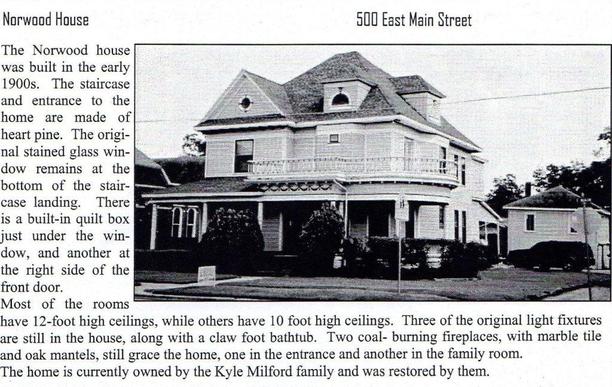 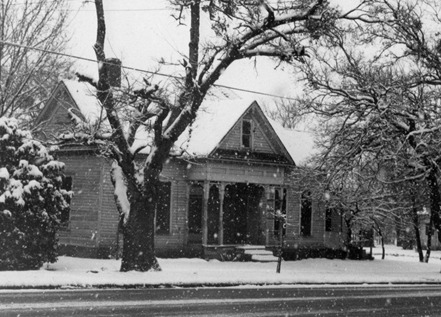 This house no longer exists.

Photo from the Collection of Mary Ann Thurman. 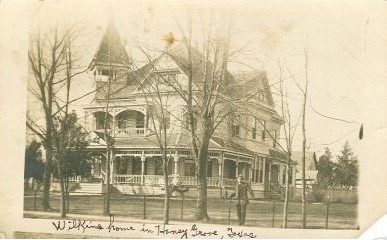 This home was begun by Mr. and Mrs. Fred Hockaday in 1892 and completed in 1895.  The Hockadays lived there for a short time before selling the house to W. D. Wilkins.  Through the years ownership of the home passed through heirs of the Wilkins.  In the late 1930's the home was turned into apartments.  In 1950,  B. M. Coopers purchased the house. Today it is the Cooper-Sorrells Funeral Home.  Over the years the gingerbread on the porch was removed.

First photo from the Collection of the Hall-Voyer Foundation.  Second photo and text from the book Historic Homes, Buildings & Locations of Honey Grove, Texas. 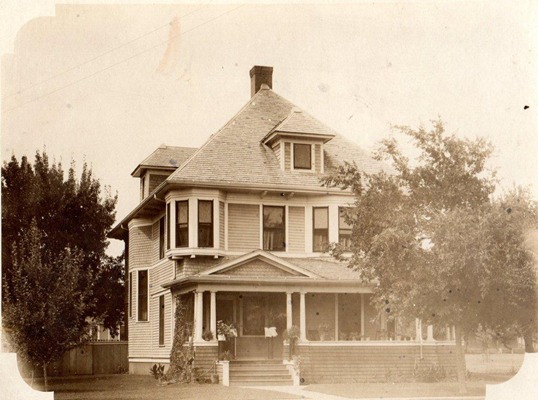 The first photo, taken in 1910, is from the J. H. Lowry home built in 1907.  Photo from the Collection of the Estate of John and Thelma Black.

According to an undated newspaper article: "The land on which this house stands was bought from Santa Fe Taylor in 1894.  The small house on this site was moved to West Market St. to make room for the big house. . . The house was consructed by Mr. Arthur Gibson and his brother." 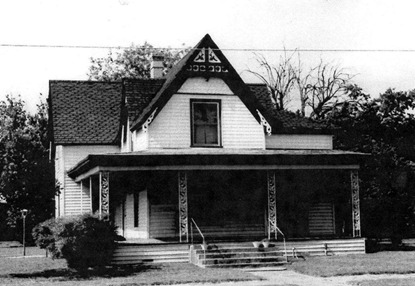