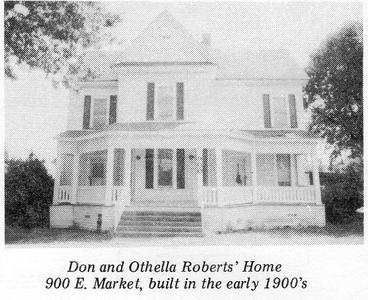 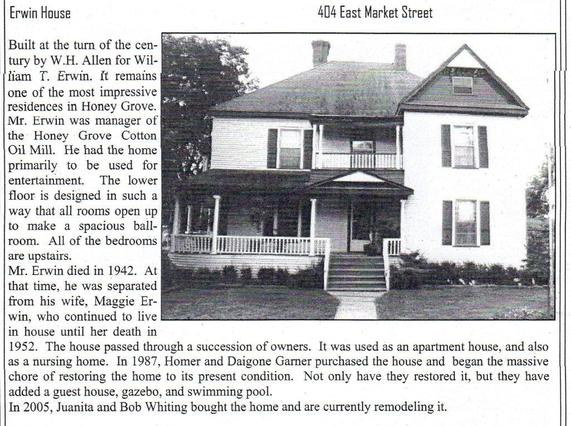 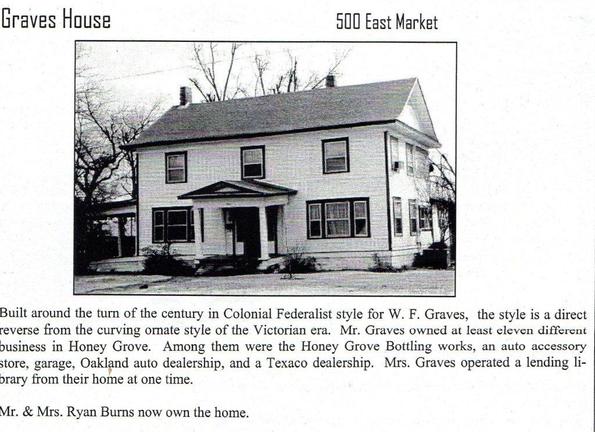 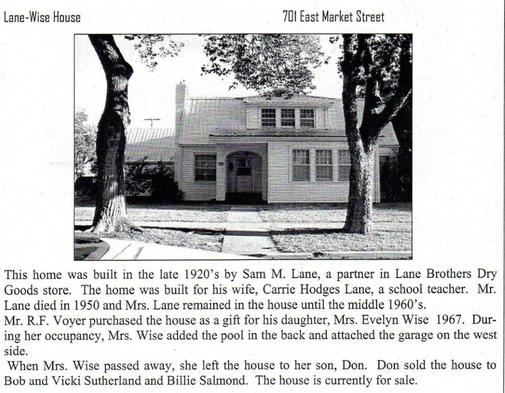 Corner of 10th and East Market

​The photos show the P.M. Price, Jr. home, built in 1894, which was located directly behind the former Main Street Presbyterian Church. The second and third story and turrett along with bathrooms were added in 1901. In August 2003 the house was moved to Highway 34 between Ladonia and Wolfe City.  In 2014 the house, on Highway 34, was demolished, and nothing remains. 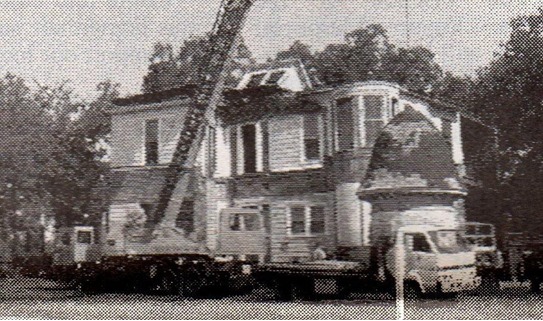 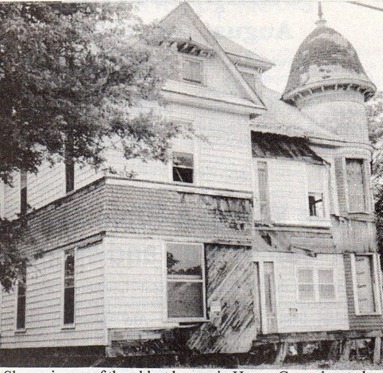 Home of William H. Stewart and Mary Ellen Galbraith Stewart.  After the death of their son, Willard Stewart, who drowned at age 17 in 1909, they built a new house at 1005 North 8th. 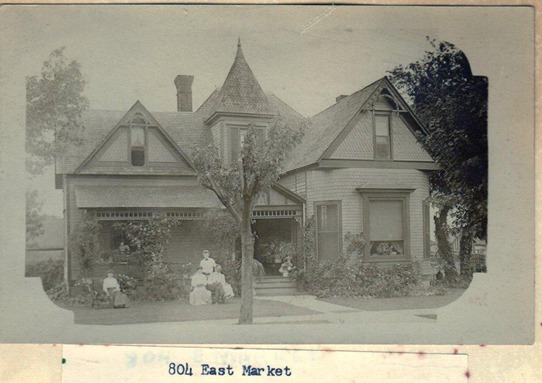 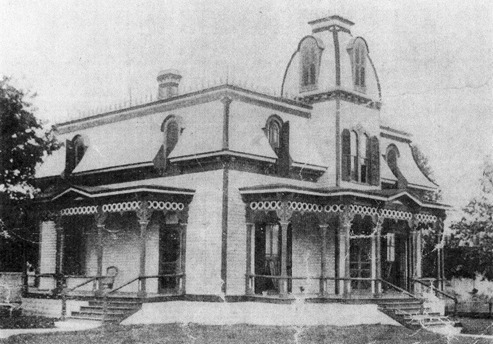 Corner of 8th and East Market

​This is a photo of the house that was formerly located on the northeast corner of 8th and Market.  It was originally built by the Guthrie family, and then owned by the Pirtle family.  The next owner was the Scott family (who had a grocery store).  The house was torn down.  We do not yet know the date it was torn down.