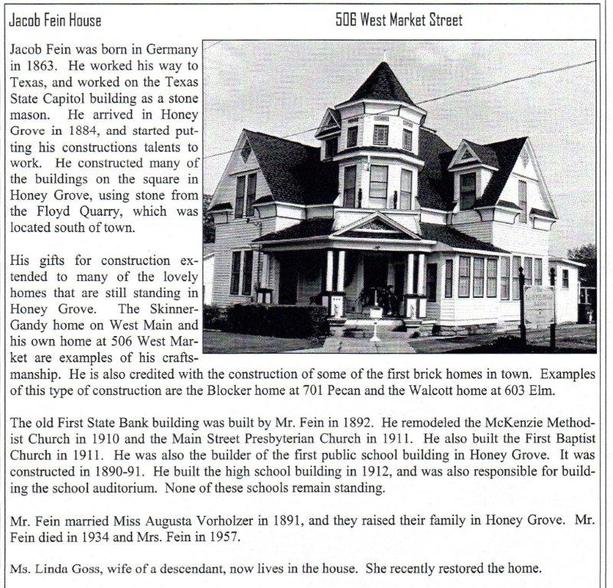 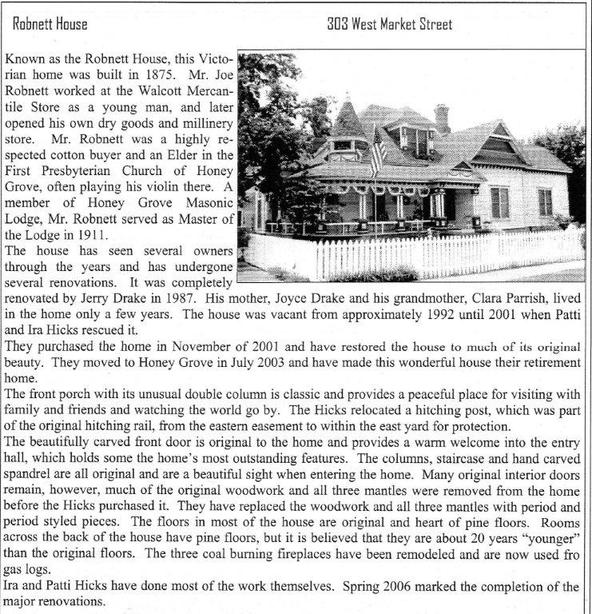 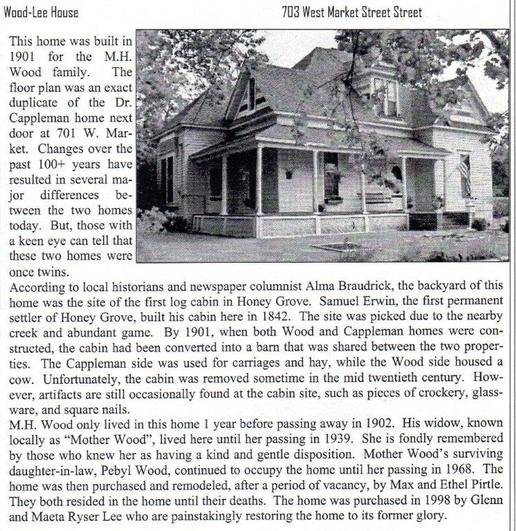 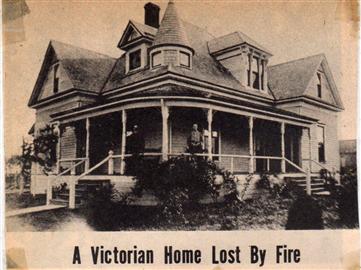 This house, which once stood on the corner of West Market and Martin Street, was once the home of Mr. and Mrs W. C. Zinnecker.  According to an article by Alma Braudrick, Mr. Zinnecker employed  Mr. P. P. Gibson, contractor and builder to erect the house.

The plan was Greek Revivial, with its center hall, and equal rooms on each site.  The decorative brackets on either side of the slender porch columns where they meet the rounded beam that supports the roof is the late 1800 Victorian style of architecture. 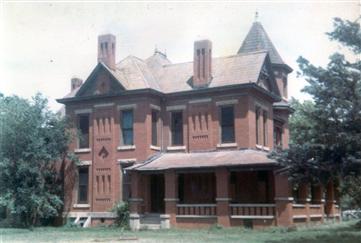 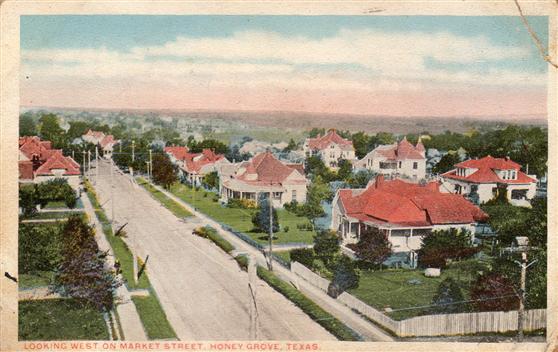 Washington Underwood House.  This house built by Captain Wash Underwood in 1876.  After his death, F. W. Underwood lived in it until his death in 1949.  It was subsequently demolished.