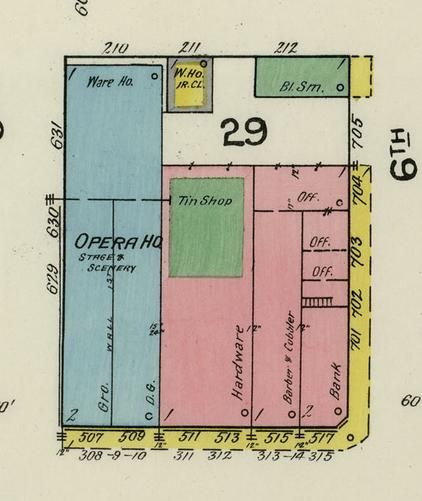 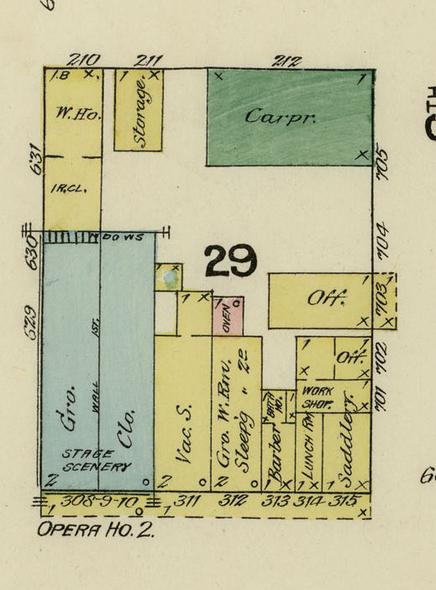 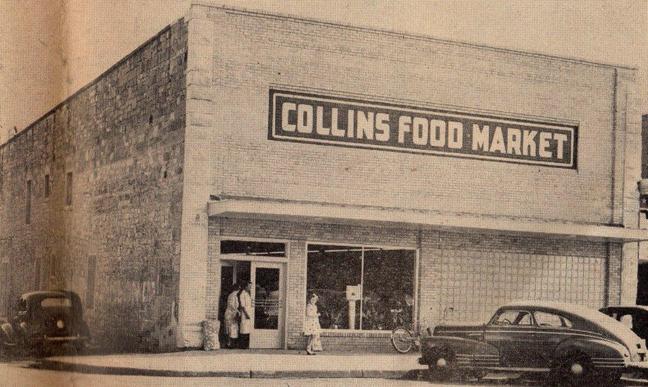 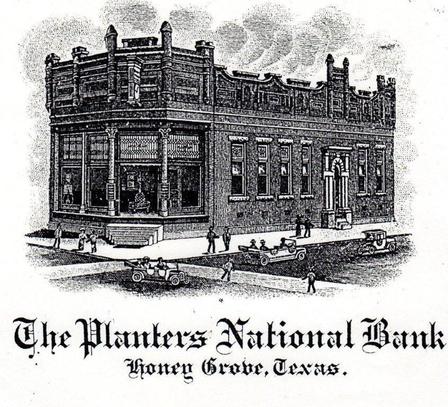 From the Collection of 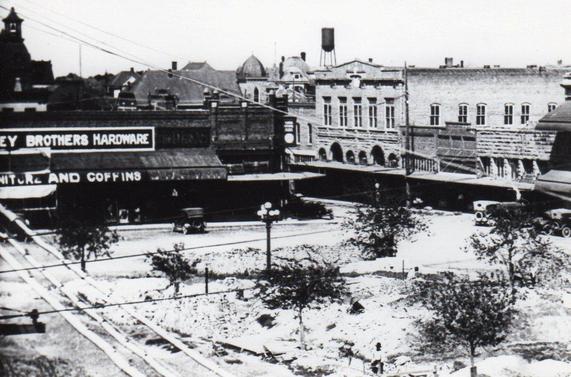 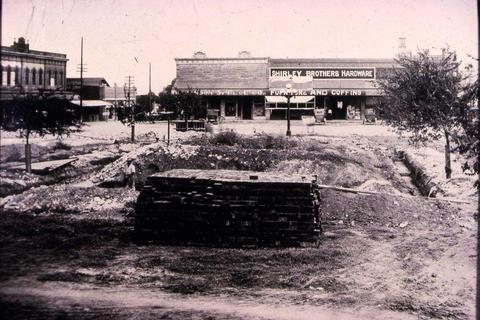 North Side of the Square 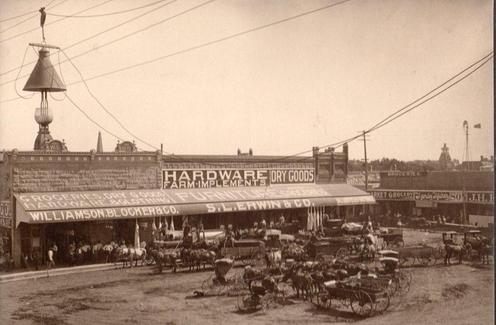 Photo dated February 13, 1947, is the crowd at Honey Grove after the capture of bandit Walter Glen Ransom.  The window on the left says Cooper's Furniture and Undertaking. 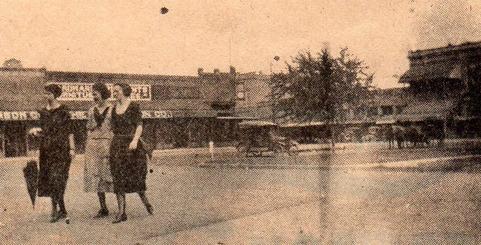 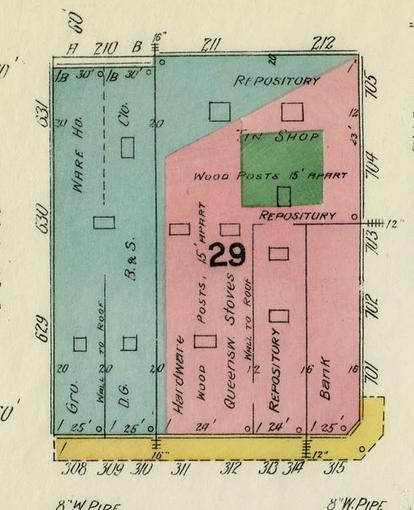 Evans Grocery, on the northeast corner of the Square, in the former Planters National Bank building.

After this building was damaged by fire, it was rebuilt to lower the floor and eliminate the front steps.

From the Collection of Mary Anne Thurman. 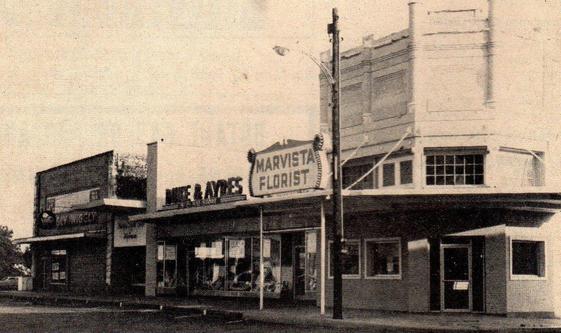 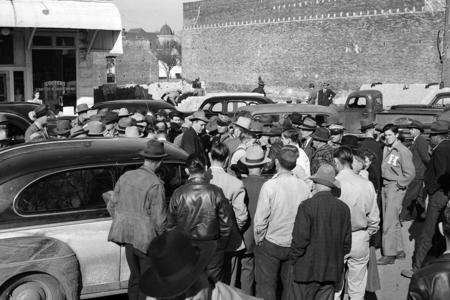 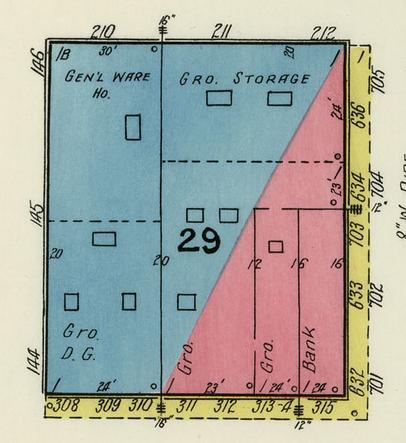 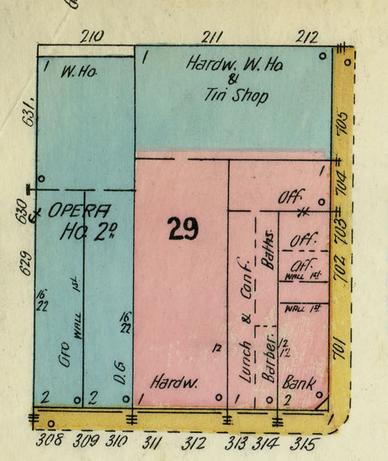 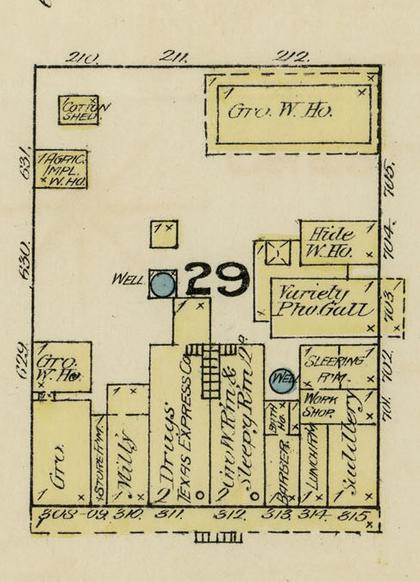 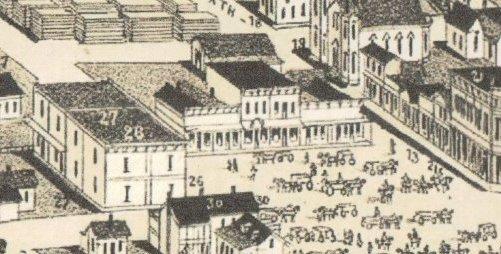 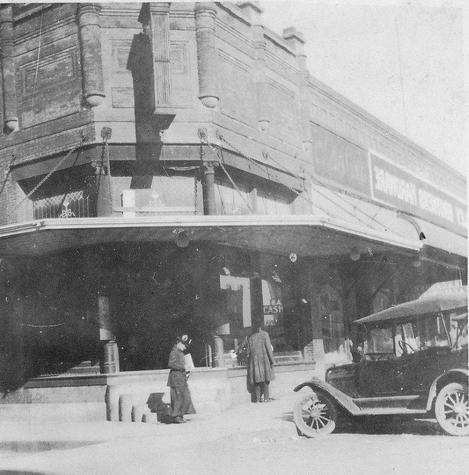 Pictured [left} is a view of the north side of the Honey Grove's public square about 1920. It is an angle shot taken from the west side. Crossing the street are three Honey Grove ladies. Can you identify them?

In the background is the Williamson Co. and the Planters National Bank which occupied most of the north side of the square. The Williamson Company was a leading department store for the area. It featured a large ladies ready-to-wear section and millinery department. Buyers from this store went by train to St. Louis to market in order to provide the customers with the very latest fashions. Some years later this store burned destroying one of our fine old stone buildings. This stone building had replaced an earlier frame building which was Honey Grove’s opera house.

Just to the right of the Planters Bank can be seen the Trout Brothers Grocery store which was a landmark on the east side of the square. It was owned and operated by C. B. and Luther Trout. This store can be seen directly above the Model “T” auto which is parked on the square.

Also on the east side is shown two automobiles parked at the curb. They are in front of the Bertha P. Erwin Insurance Agency. Adjacent to this building is one owned by Mrs. R. H. Gauldin.

The two story building was owned by Mr. C. C. Canon. On the ground floor it housed two mercantiles and the second floor was devoted to offices for doctors, laywers and other professional people. All offices were occupied. 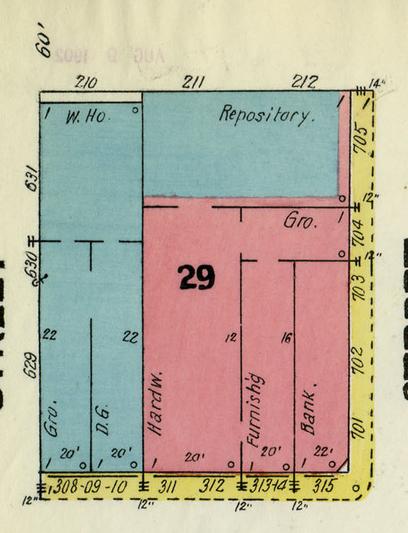