A Confederate Soldier's Reunion, with a parade, was held in 1901.  The first two photos below are from John Black's Pictorial History.  The women in the second photo below are Ira Rhodes, Mrs. J. P. Russell, Mrs. Hartson and Minnie J. Thompson.  The third photo is from the Collection of the Estate of John and Thelma Black. 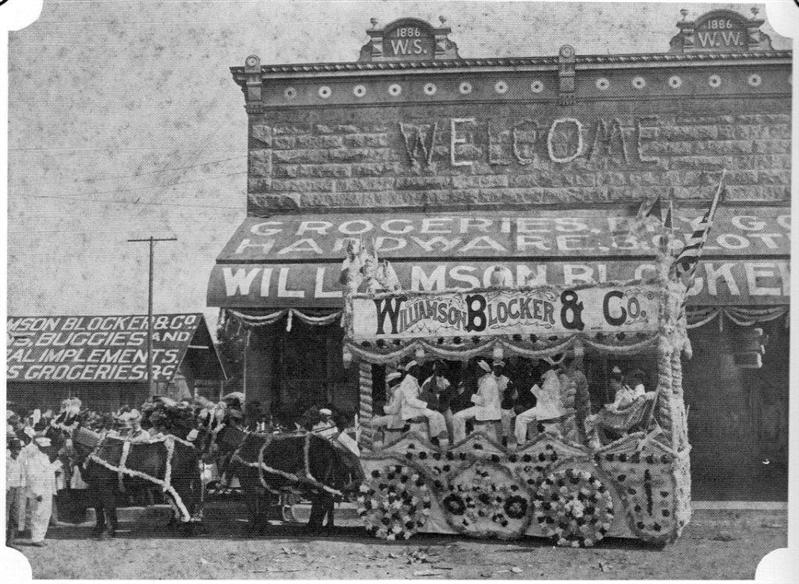 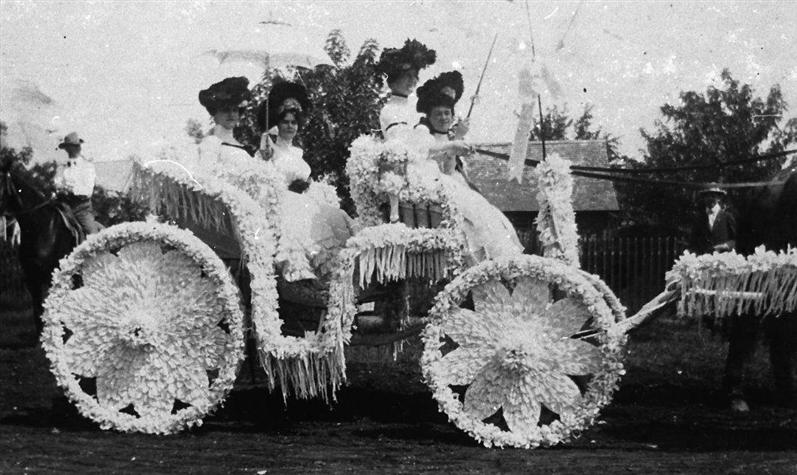 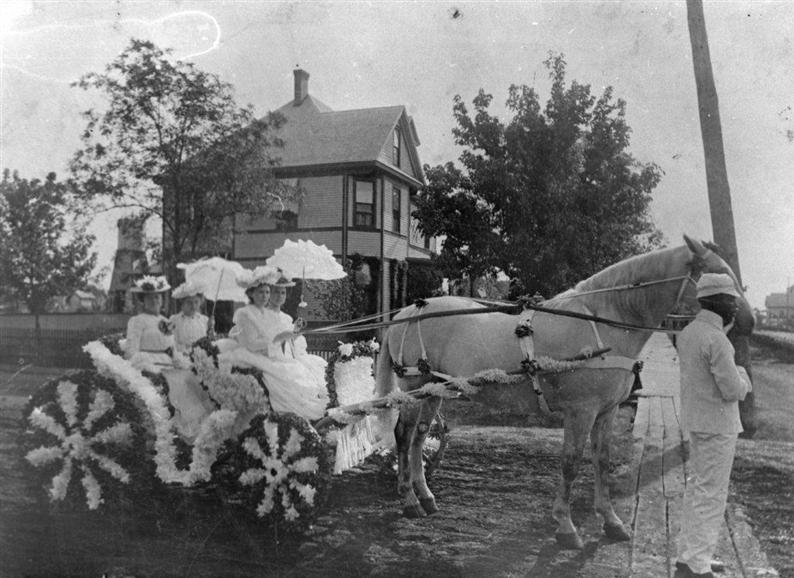 Elaborate parades were held in Honey Grove, and a great deal of effort was put into the floats.

The float below was in an undated Fourth of July parade.  Photo from John Black's Pictorial History.