Document from the Collection of Mary Anne Thurman 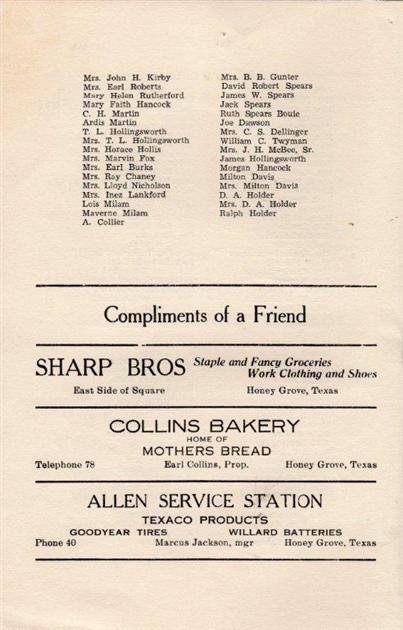 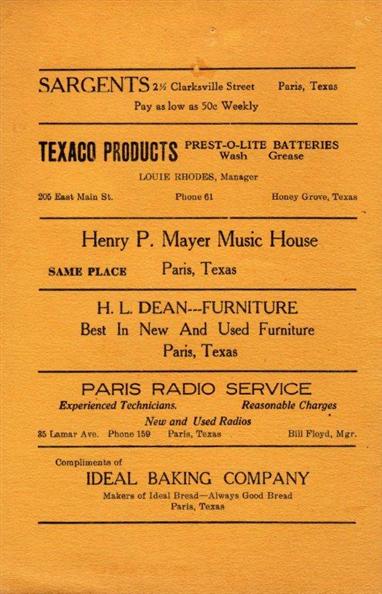 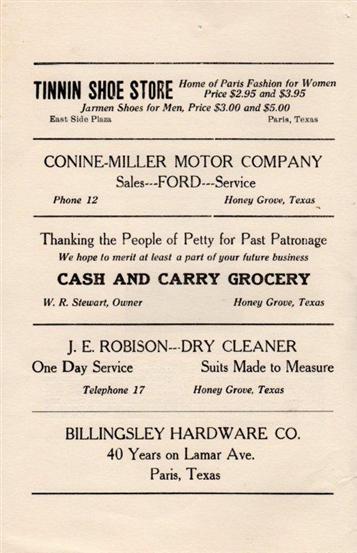 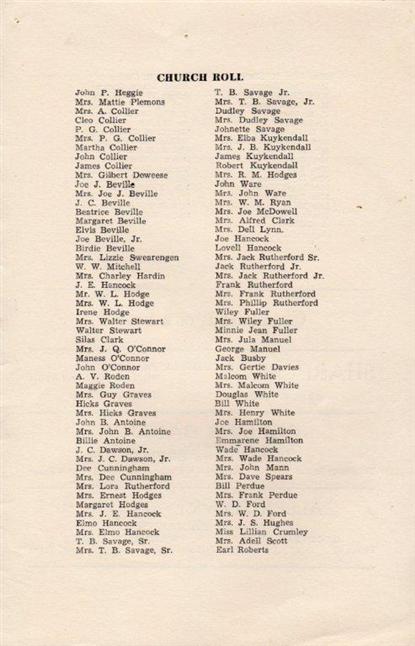 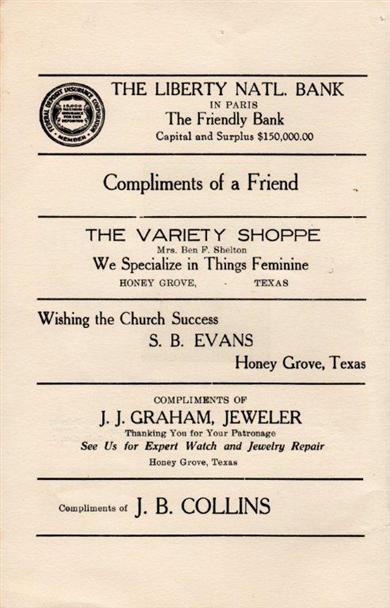 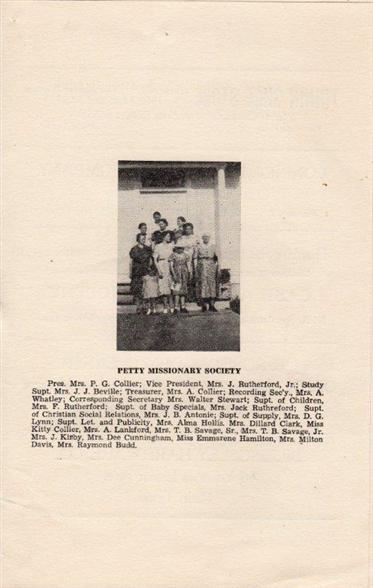 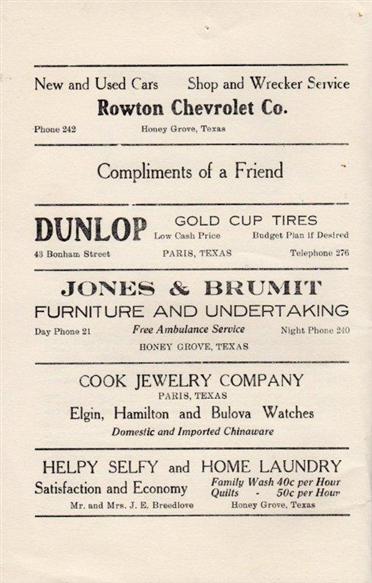 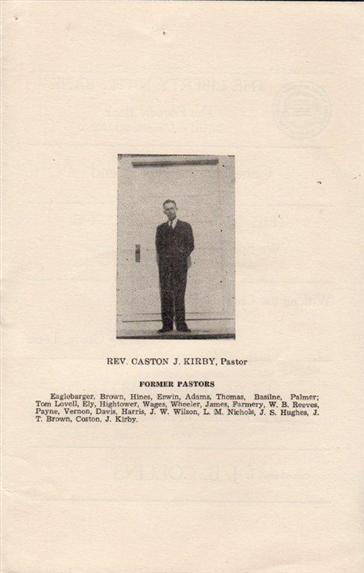 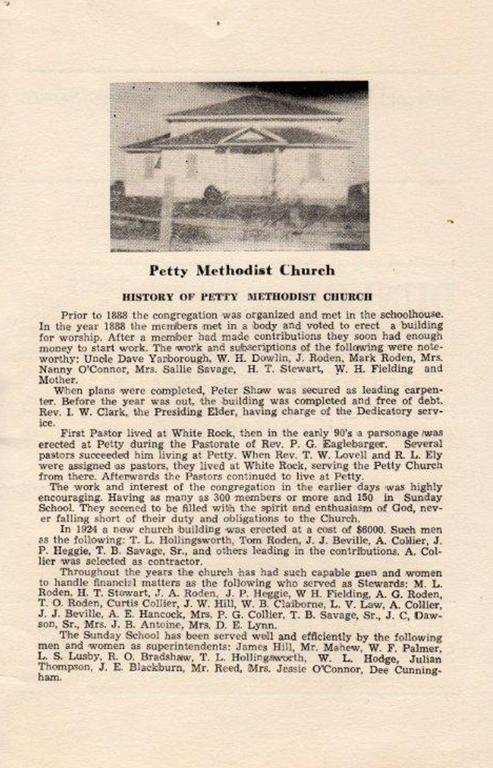 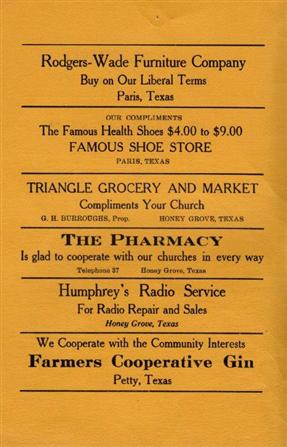 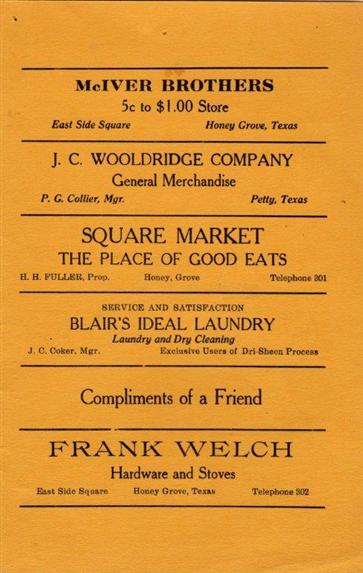 Prior to 1888 the congregation was organized and met in the schoolhouse.  In the year 1888 the members met in a body and voted to erect a building for worship.  After a member had made contributions they soon had enough money to start work.  The work and subscriptions of the following were noteworthy:  Uncle Dave Yarborough, W. H. Dowlin, J. Roden, Mark Roden, Mrs. Nanny O'Connor, Mrs. Sallie Savage, H. T. Stewart, W. H. Fielding and Mother.

When plans were completed, Peter Shaw was secured as leading carpenter.  Before the year was out, the building was completed and free of debt.  Rev. I. W. Clark, the Presiding Elder, having charge of the Dedicatory service.

First Pastor lived at White Rock, then in the early 90's a parsonage was erected at Petty during the Pastorate of Rev. P. G. Eaglebarger.  Several pastors succeeded him living at Petty.  When Rev. T. W. Lovell and R. L. Ely were assigned as pastors, they lived at White Rock, serving the Petty Church from there.

The work and interest of the congregation in the earlier days was highly encouraging.  Having as many as 300 members or more and 150 in Sunday School.  They seemed to be filled with the spirit and enthusiasm of God, never falling short of their duty and obligations to the Church. 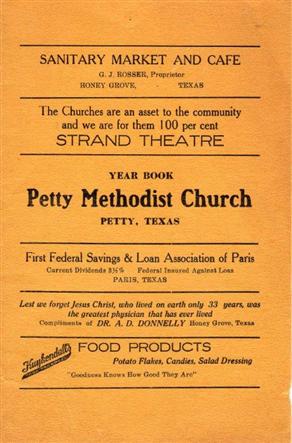