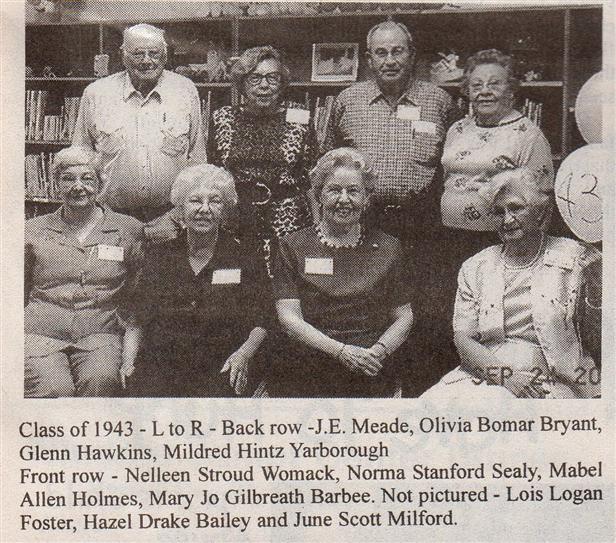 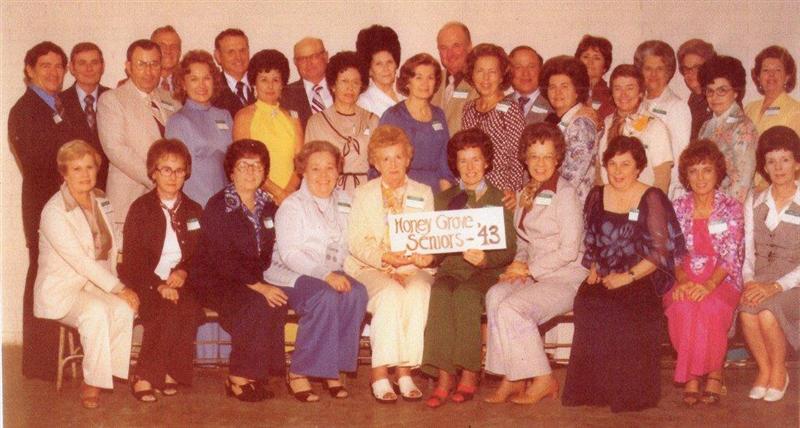 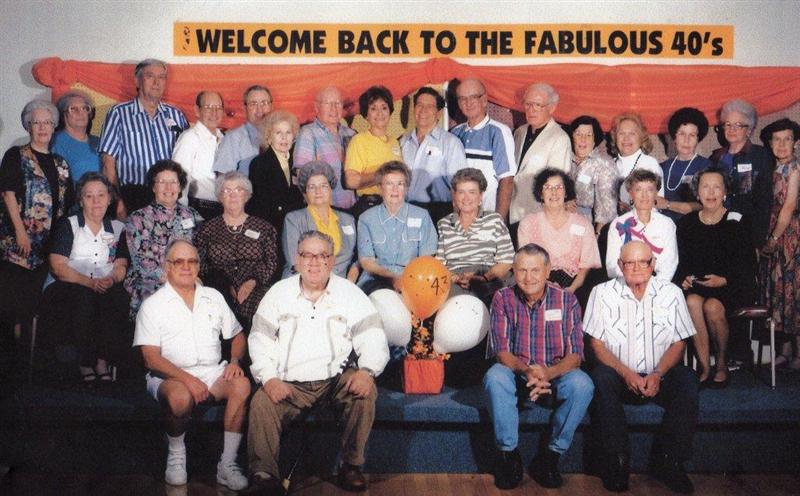 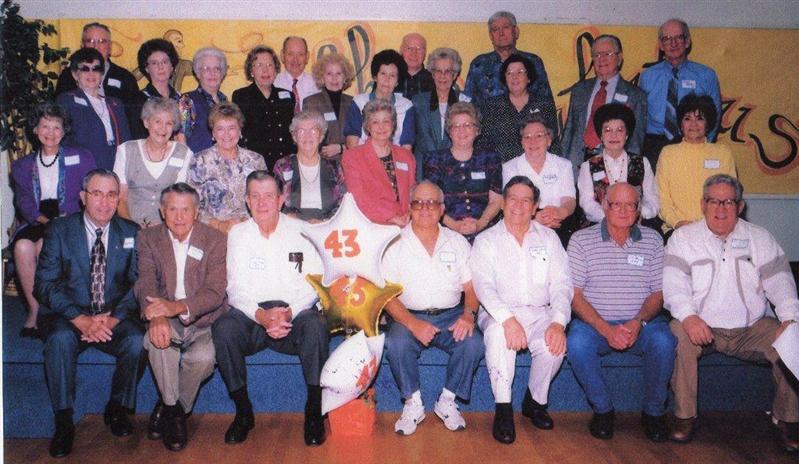 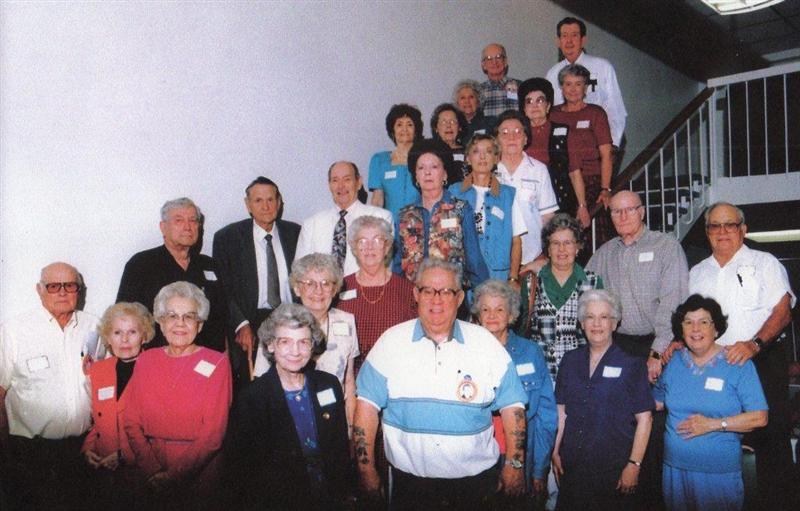 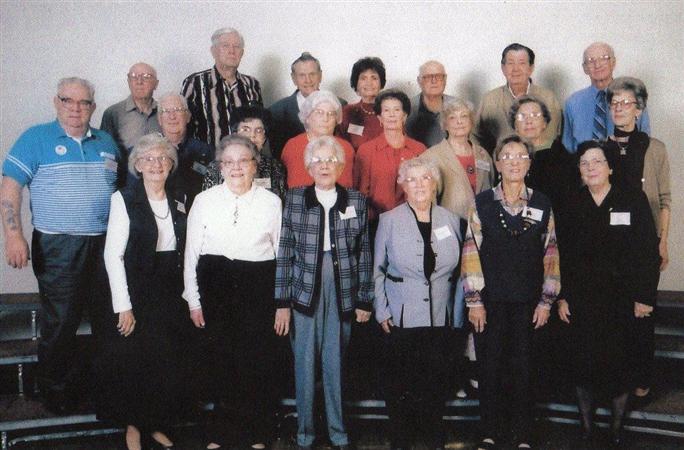 The Honey Grove High School Class of 1943 held its 70th reunion on Saturday, September 21, 2013 at the home of Mary Jo Barbee.  It was a beautiful fall afternoon with cool weather for the first time in many weeks.

The following classmates attended (in the order of the photograph):  Mary Jo (Galbraith) Barbee of Honey Grove; Mildred (Hintz) Yarbrough of Honey Grove; James Wilkins of Antlers, Okla.; Glen Hawkins of Denison;  Olivia (Bomar) Bryant of Allen; June (Scott) Milford of Honey Grove and seated Mary (Troy) Coker of Monroe, Louisiana.  Although James Wilkins did not graduate with the class because he enlisted in the armed services, he was later deemed by Katherine Trout to have graduated so that he could attend college.

​There were many stories told of fun times, and remembrances of those classmates who could not attend and those who have passed away. 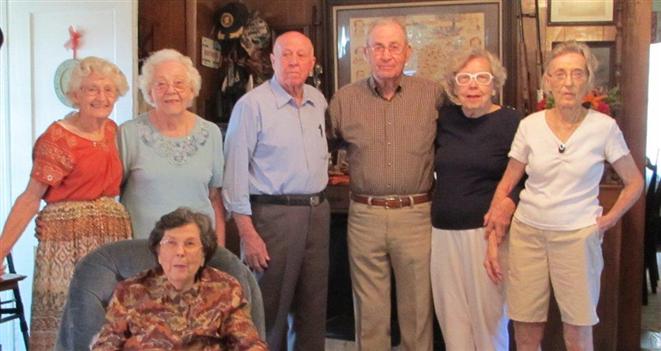 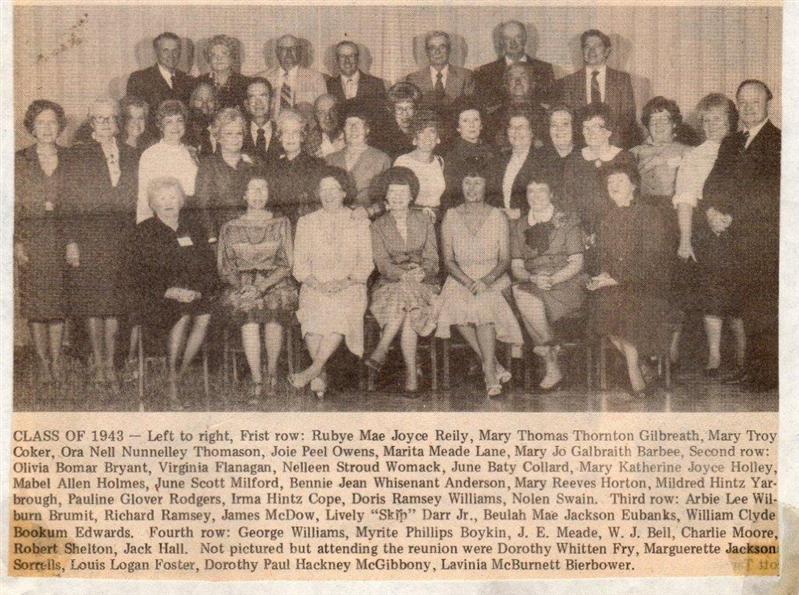