Rock Hill School was located on a hill of white rock about three miles southwest of Petty, in Lamar County.

​According to a newspaper article, "the first Rock Hill school building was built around the turn of the century.  It was destroyed by a storm and was replaced around 1912 with a two room building.  In the early forties it was destroyed by fire.  A little one room house was used to continue the school year until they could build back.  A one room building was then build and was used until rock Hill was consolidated with the Petty school district about 1947."

Pictured above is the first grade class in 1914 of Rock Hill School, 4 miles east of Honey Grove. The teacher was the late Miss Vera Cornelius. 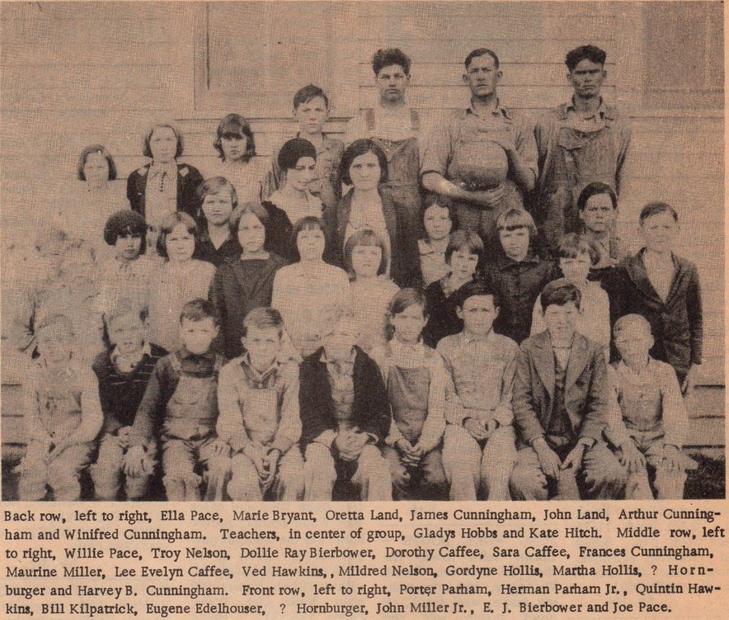 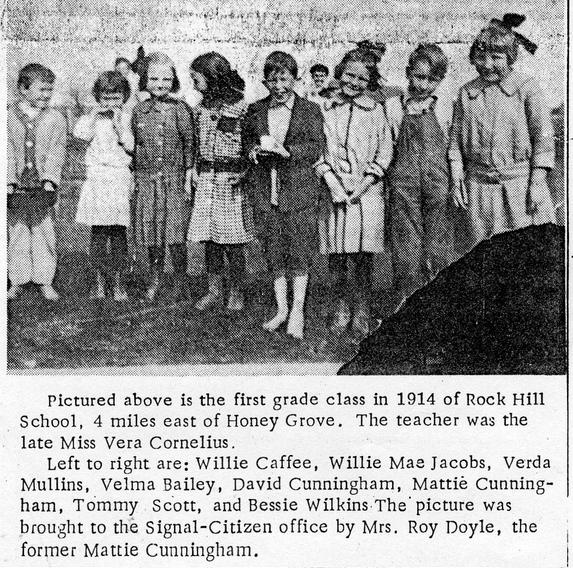