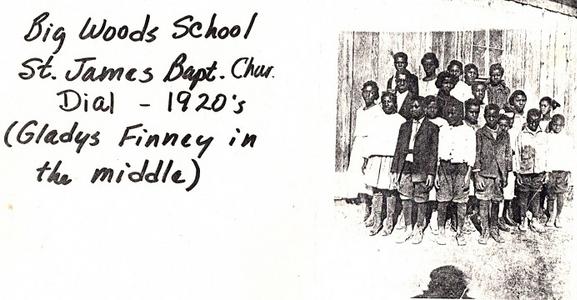 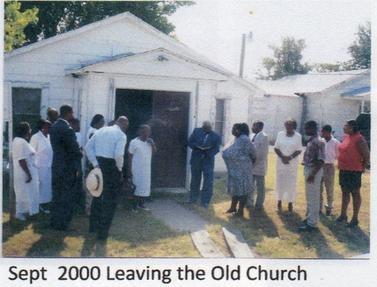 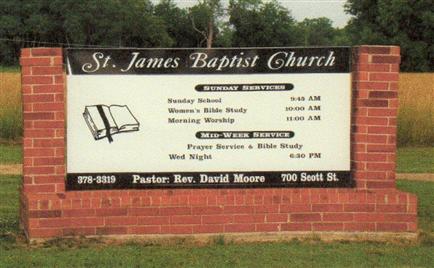 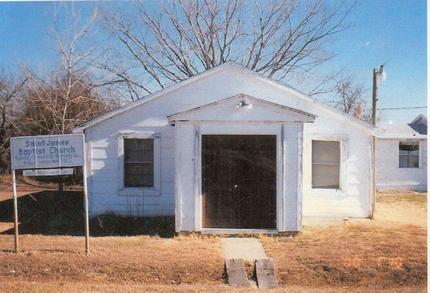 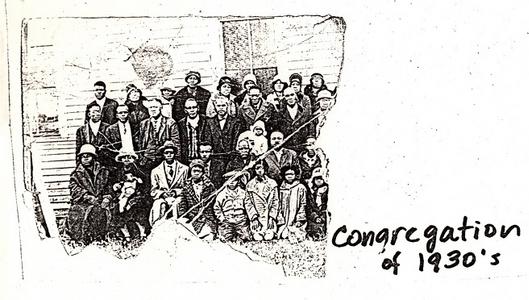 In the 1920's the Church was moved closer to Honey Grove, to the Dial Community.  The Sheltons donated land for the Black School and Church.  Here the church was renamed to St. James Baptist Church (Big Wood).

Some of the musicians that served were Sis. Vera Kines, Sis. Oneatha Chaffin and Peggy Burton Moore.

Under Rev. Linwood's leadership, in 1972 the fellowship hall was added.  Then in 1974 a parsonage was also added to the church, with remodeling of the sanctuary.

In November of 1983 Rev. David Moore was called as pastor, and was installed in March 1984.  Under Rev. Moore's leadership, annual days were set and observed.  The church was remodeled.  A deacon was Willie Finney.  Later Bro. Amiri Clark was ordained, followed by Bro. Billy Flemings.  The church started to grow.

In 1998 we purchased one acre of land on Scott Street from Mr. Johnny Smith.

In October of 1999 the foundation of the new church was poured.  The building was built with volunteer labor from The Southern Baptist Association., with Bro.'s Hicks and Bro. McKinley doing the majority of the labor along with the St. James membership.

On the first Sunday of September 2000, the congregation gathered at the old sanctuary (Big Wood), had a song and prayer and had a motorcade to our new sanctuary where we now serve.

Our new church building was dedicated on Sunday, October 8, 2000, with Rev. Thurmond Perry as guest speaker.

Since that time two more deacons have been added: Br. Ronald Russell and Bro. Leigh Dixon, with Bro. Willie Finney as chairman of the Deacon Board and Bro. Billy Flemmings as co-chairman.

The church continues to grow.  Rev. Moore is the current pastor.