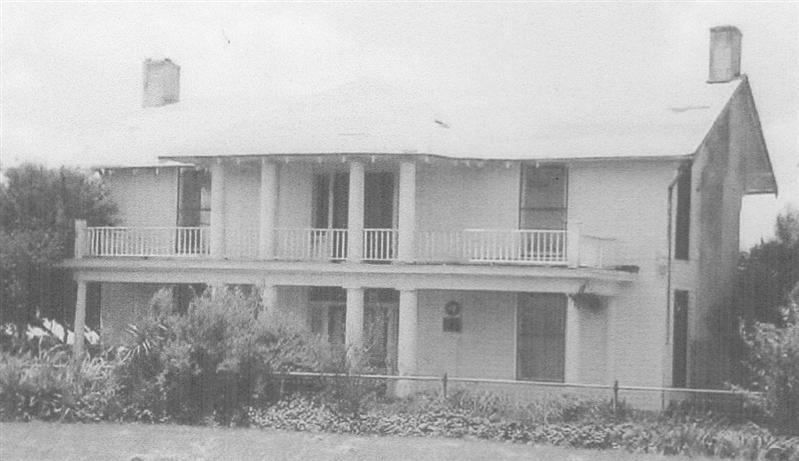 Photo provided by the Fannin County Museum of History

This house once had a State of Texas historical marker, the location of which is currently unknown.  The building is currently (2013) falling down, but can be seen on the road from Honey Grove to Bonham.

A newspaper article written at the time of the dedication of the historical marker provided the following history:

The home, owned by Mr. and Mrs. John Ivy at the time of the dedication of the marker, was long known in Honey Grove as the Wheeler Place.  It was build in 1854 by Wiley Hulsey, who came to Texas from Tennessee in 1852, settled in Honey Grove and almost immediately began to build this house.  Mr. Hulsey and his wife, the former Malinda Ross, had ten children and they reared their family on this beautiful country place.  Mr. Hulsey died in 1880, and in 1884 the place was sold to Peyton Wheeler and his wife Martha Jane Hamil Wheeler (the daughter of John N. Hamil).

Mr. Wheeler had 700 acres, 500 of which were under cultivation.  He was a stockholder in the Honey Grove Mill, the Planter's National Bank, and played a prominent part in the early development of Honey Grove.  The Wheeler's have many descendants and they all remember of old home as being a happy place, and some of their nostalgic memories include the old ash hopper which caught the rain from the house to furnish lye for making soap, the windmill and cistern which furnished water to the house from the spring; and the mounted bell in the back which was not only used as a dinner bell but was also used to alert the entire plantation for any number of reasons.

It was a custom of the family to have many picnics in the woods back of the house and people came far and wide to enjoy these festive occasions.  The one most prominent in the family history is the one at which General Sam Bell Maxey, the Confederate General from Paris, was the honored guest and principal speaker. 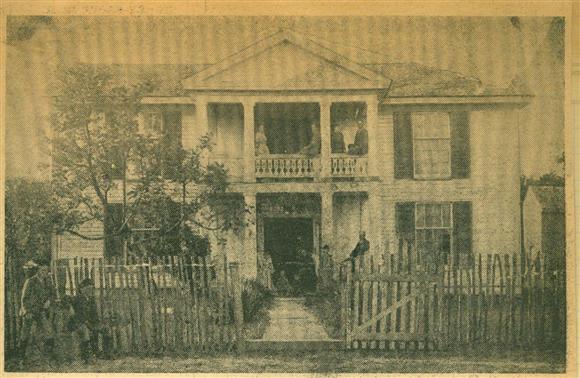