Thanks to Larry Standlee for the interior photos below taken in 2014. 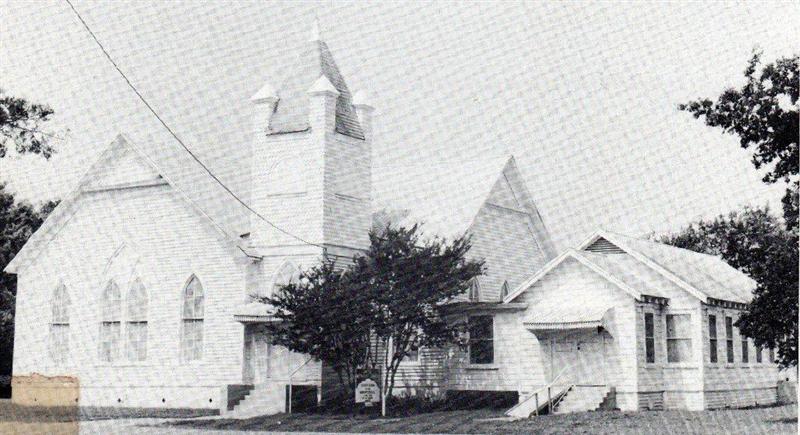 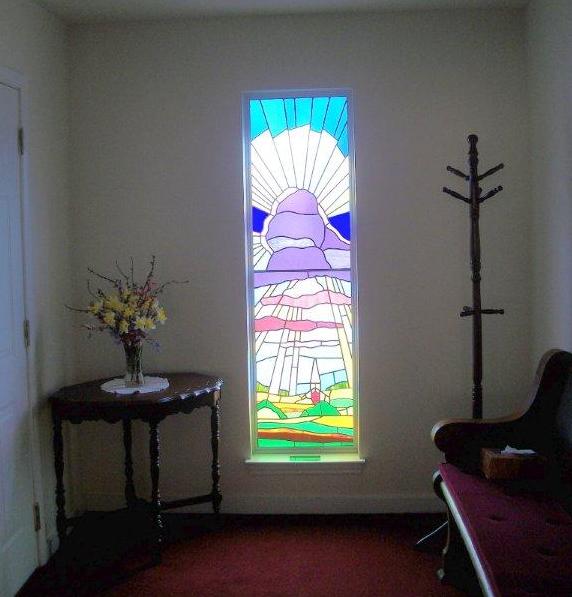 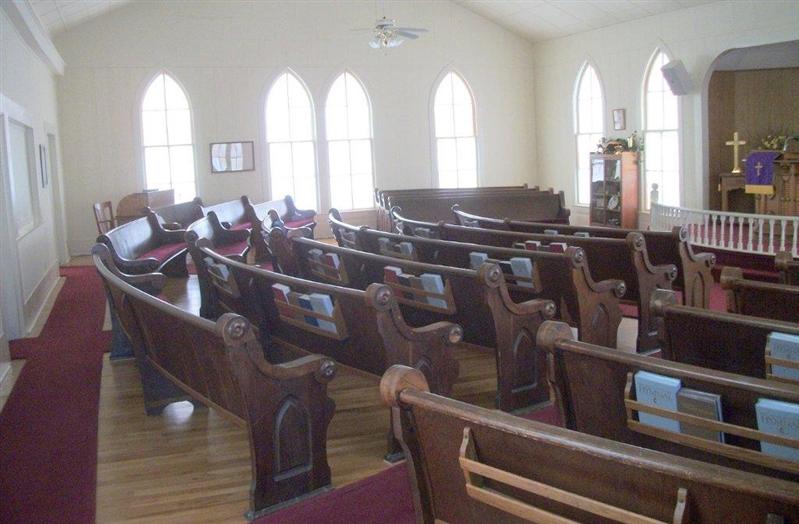 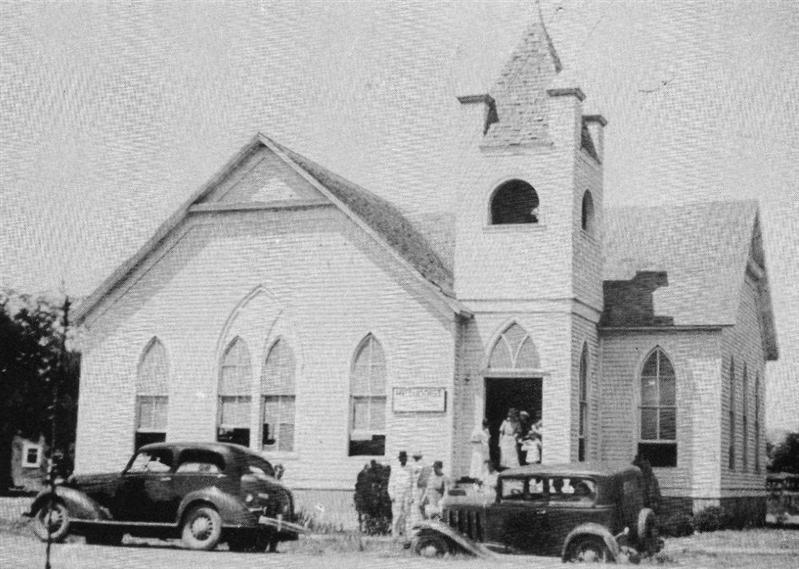 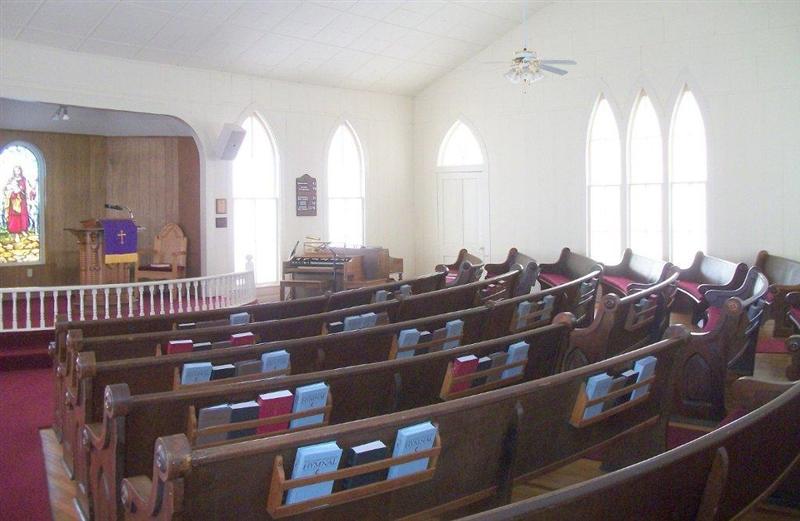 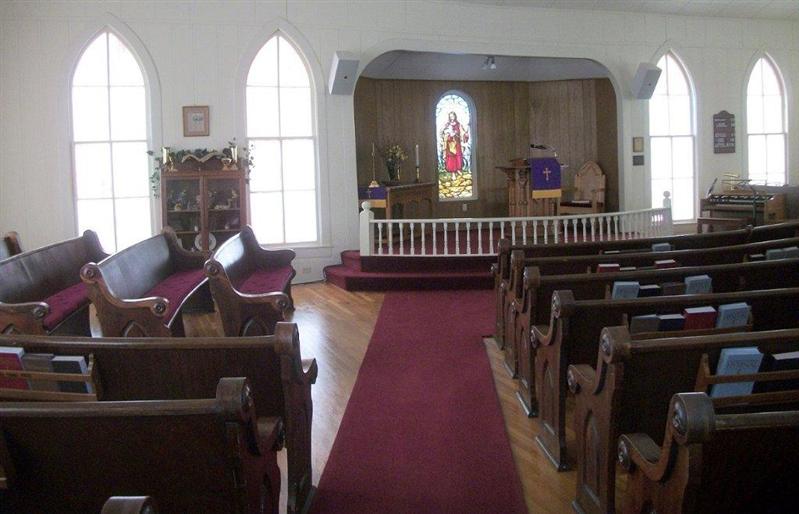 The following church history is from the Windom United Methodist Church Directory 1977.

In 1887 several Methodist families, who were a part of the McCraw's Chapel congregation, decided to organize a church at Windom.  Sunday School was a union affair of Windom churches meeting at the school house but a pastor from the Dodd City Methodist Church could be secured for afternoon services.

The Methodist church was built in 1891 on lots bought from J. A. Starling and M. T. Starling.  The first trustees were J. D. Manly, J. H. Kinkaid, and W. H. Cobb.  Charter members included Mr. and Mrs. J. F. Longmire, Mrs. Albert Holman, and Mr. and Mrs. John MacMackin.  The original church, which faced east, occupied the area of the present sanctuary.  The pulpit was in the west end and the altar was changed to its present location, at the south.  The picture window, "Christ, the Shepard" was added by the pastor, T. M. Jenson, in 1939.  To the north of the church a much needed education building was constructed in 1955.  For added convenience, a carpeted hallway connecting this building and the church was built in 1970.  In 1975 partitions were added to create new classrooms.

Many young ministers, students of Perkin's School of Theology at Southern Methodist University, Dallas, have been started in their careers by the local church.  Parsonage families have more than once provided a member of the local school faculty.  Such was the case of the first family to occupy the parsonage.  Mrs. Bert B. Hall was employed as teacher of the third and fourth grades.